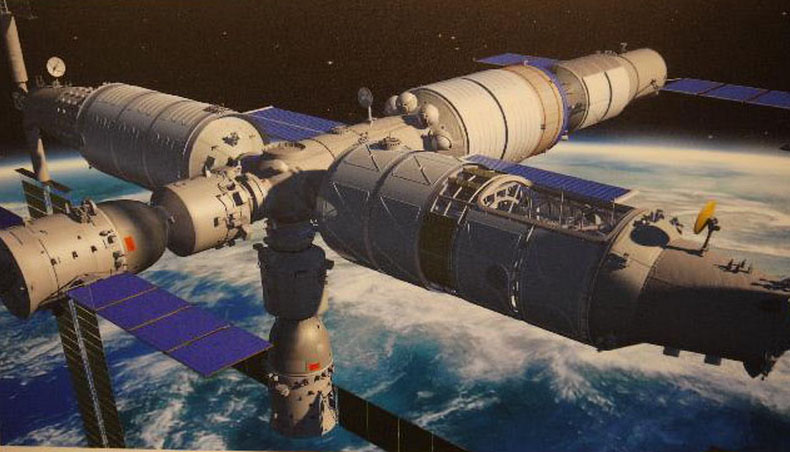 BEIJING, Sept. 14 (Xinhua) — Astronauts from around the world have expressed interest in China’s future space lab and station, hoping to cooperate with their Chinese counterparts on the Tiangong space station.

Meeting in Beijing for the 27th annual meeting of the non-governmental Association of Space Explorers (ASE), astronauts from Russia, the United States and other countries visited Beijing Space Flight City, one of China’s major space science and technology facilities.

Dumitru Prunariu, president of ASE and Romania’s first astronaut, said after visiting models of China’s Tiangong-1 space lab and Shenzhou-10 spaceship that astronauts are interested due to their professional curiosity about Chinese space facilities.

“Now China will build its own space station in 2022. We heard with great interest that China is inviting the international community to be part of experiments on board the new space station,” said Prunariu.

“We are glad that China […] showed us so many things here and is so open to international cooperation,” Prunariu said.

Prunariu added that further cooperation on manned space programs requires more support at the state level as well as agreements with China in economic and scientific cooperation.

Zhou Jianping, chief engineer of China’s manned space program, said in September 2013 that China is willing to provide platforms for experiments for countries and regions to peacefully use outer space, and foreign astronauts are expected to board China’s space station.

“We are quite willing to cooperate with Chinese. In terms of the space station program, the two sides can cooperate in biology, space science and technology, life support systems and others,” said Russian cosmonaut Sergei Avdeev, who spent over 748 days on the Mir Space Station.

“I’m looking forward to flying to China’s space station. Now I have to learn Chinese, although it is difficult,” Wakata said.

Liu Yang, who became China’s first female astronaut in June 2012, told Xinhua that many astronauts at the meeting expressed their interest in Tiangong, and some from Italy, Canada and other countries said they would like to learn Chinese in order to cooperate in the future.

Yang Liwei, now deputy head of China’s Manned Space Agency, said Wednesday that China has reserved some platforms in its space station for cooperation with other countries. China has designed interfaces on its space modules so that they can dock with those of other countries.

Yang added that China’s manned space program has cooperated internationally in recent years. China is open-minded and willing to exchange and cooperate with other countries on equipment design, astronaut training, joint missions, and other areas.

“The space station is an interesting place where crew members with different origins and cultures work together because we have the same interests and passion for space exploration,” said American astronaut Pamela Ann Melroy, who commanded a mission on space shuttle Discovery, which docked with ISS in 2007.

“In space you have a total perspective. When you see that Earth is below you, and mankind is tiny in a big universe, cooperation is a natural thing to do,” Melroy added.