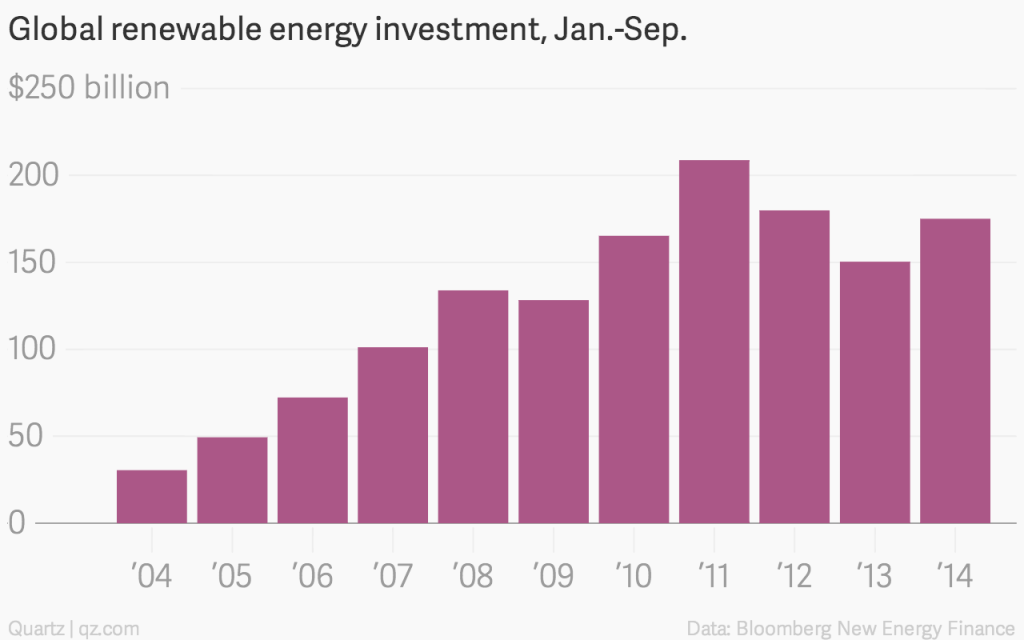 China’s massive spending on renewable energy is putting the global sector on track for its first annual gain in three years. That’s according to new data from Bloomberg New Energy Finance, which estimates that some $175 billion was spent on clean-energy projects in the first nine months of the year, a 16% rise on the same period last year

The jump in investment makes it “almost certain that 2014 will produce a bounce-back in dollars invested after two years of decline,” the research firm said. The gain is also almost entirely down to China, which spent $15 billion more on clean energy in the first nine months of 2014 than it did last year, accounting for the bulk of the global industry’s $25-billion increase so far this year.