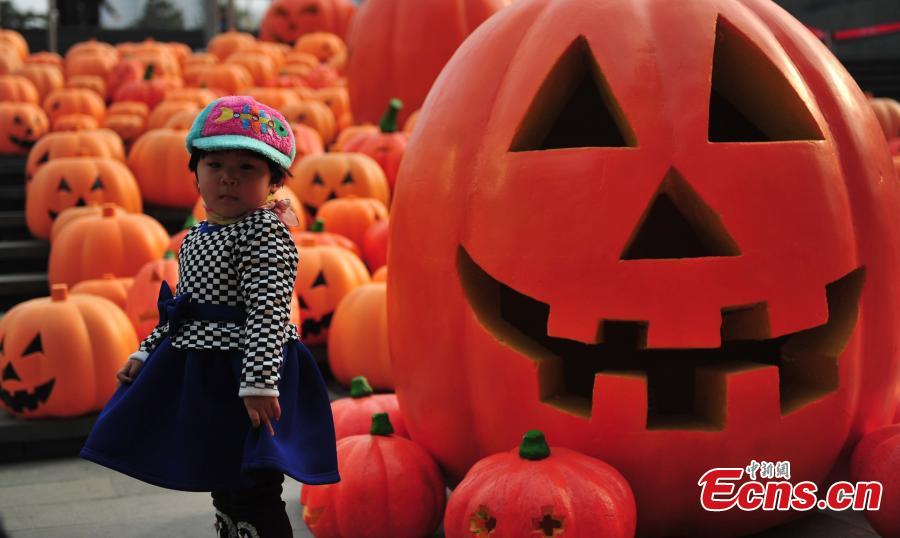 Halloween is becoming the third-biggest imported festival after Christmas and Valentine’s Day in China.

As the festival approaches, lots of malls and theme parks have taken the card of “ghost”. All kinds of scary designs and various pumpkin shapes have pushed the festival atmosphere to its prime.

Many themes parks have planned “Halloween night”. In recent years, these kinds of activities have attracted more and more young people. For example, Chime Long Paradise in Guangzhou drew a record number of 50,000 tourists on Halloween in 2012 and Dinosaur Land in Jiangsu attracted nearly 500,000 visitors during the festival in 2013.