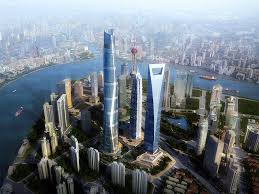 Shanghai’s municipal government announced plans to create an advanced insurance market that meets the demand of economic and social development for the metropolis, with plans to make itself an international insurance center by 2020.

The insurance penetration rate, or premiums as a share of GDP, has goals to rise by six percent and the insurance density, the per capita premium, will reach 7,300 yuan (1,189 U.S. dollars) in the city by the year of 2020, according to the detailed enforcement proposal released on Tuesday to implement the State Council’s plans of speeding up development of the modern insurance services.

Taking advantage of the Shanghai Pilot Free Trade Zone, the municipal government pledged to accelerate system innovation and opening up of the insurance sector in the proposal.

Shanghai will also highlight the insurance sector’s functions in building an international financial center and shipping service center, and increase the role of insurance in promoting social security.