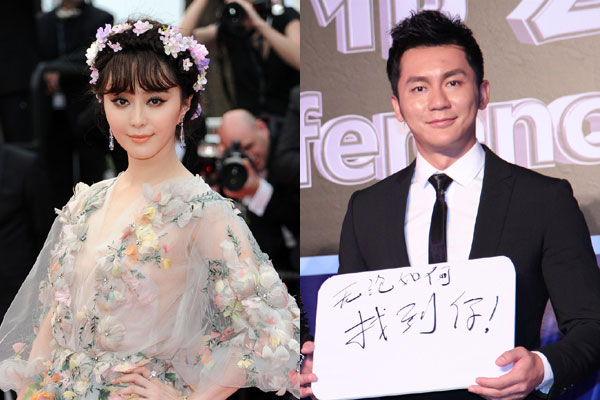 Rumors proved true as actors reveal they are an item, a Shanghai hotpot restaurant is overwhelmed with customers seeking a promised free meal and a Beijing auto “show” sports vintage cars made from balloons.

A long-rumored relationship between well-known Chinese actress Fan Bingbing and actor Li Chen eventually proved to be true as Li on Friday posted a photo with Fan on his Sina Weibo captioned ‘We’. The couple announced their relationship to the public and received congratulations from their friends and Internet users. Among them was Li’s ex-girlfriend, Chinese actress Zhang Xinyu, who showed up at this year’s Cannes Film Festival in a couture gown made with tacky floral print fabric.

The news went viral online and on the Weibo and was read by 420 million Internet users.