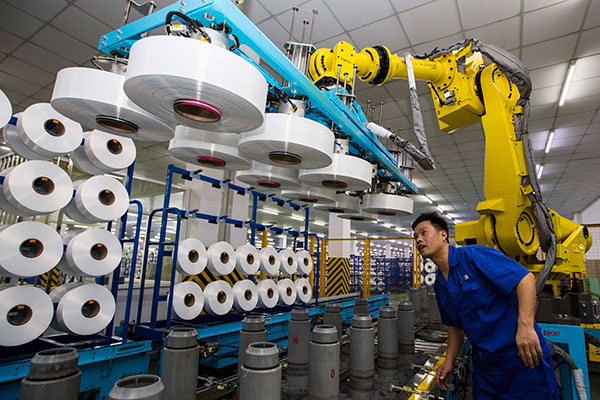 “China will continue to keep the continuity and stability of macro-policies… to maintain economic operations within a reasonable range,” said a statement released after a meeting of the Political Bureau of the Communist Party of the China Central Committee, which was chaired by President Xi Jinping.

China’s economic growth was in line with expectations in the first half of the year, but the economy must still find new growth momentum as traditional drivers weaken, the meeting statement noted.

China’s growth held steady at 7 percent in the first half of the year, with nascent signs of recovery fuelling hopes of growth picking up in the latter half of the year.

While pushing ahead with economic restructuring, authorities need to be more prepared and act quickly to control risks, said the statement.

China will maintain its proactive fiscal policy by continuing to expand public spending, reduce companies’ burdens and encourage private investment, while keeping its prudent monetary policy elastic, according to the statement.

It pledged to take “effective measures” to nurture the steady growth of consumption, investment and exports, key engines driving the country’s economic expansion.

Promoting reforms will be crucial to restructuring the country’s economy, it said, putting the focus on State-owned enterprises, taxation, as well as finance industries.

With the economy in search of new sources of growth, wild swings in the stock market and looming uncertainties outside the country, Chinese policymakers have been struggling to balance growth with reforms.

At a symposium held with non-Party figures last week, President Xi said China’s economy is functioning well in general, with some problems remaining that require the wisdom of all and solid efforts.

In a positive sign, China’s industrial output climbed by 6.8 percent from a year ago for a third straight month of increases in June. Property investment, the old pillar of investment and growth, is also expected to recover in the second half, with house sales warming up. Fewer cities saw new home prices drop for the fourth consecutive month in June.

The pressure on home prices will continue to ease gradually through 2015, global rating agency Moody’s said in a research note.

This being said, Zhu Haibin, chief economist of JP Morgan China, expects the recovery to be sustained in the third quarter.