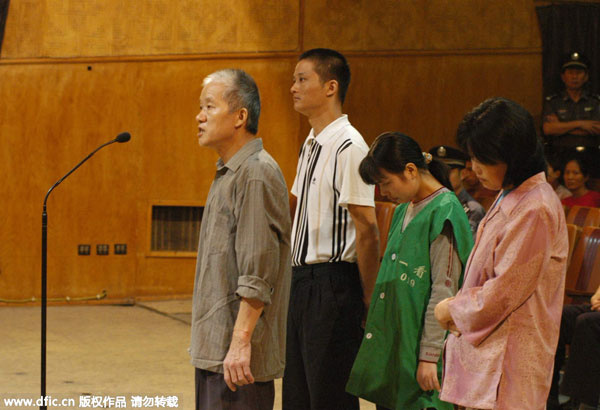 Flirting with enormous sums of money in illicit transfers, illegal banking has evolved into a behemoth that can feed corruption, drug trafficking and terrorism.

Commonly known as “underground banks”, the institutions form a black market that handles money transfers and currency exchanges outside of the legitimate banking system. Less fees and faster processing attract both individuals in need of finance for overseas trips and larger speculators to shun formal banks.

Dealing with covert transactions to easily avoid regulators and assist hot money flows, some of the banks are believed to be accomplices in stock market manipulation – target of intense police scrutiny amid China’s recent volatile indexes.

Shanghai police uncovered a stock price manipulation scheme in July, but investigations also led to a staggering money transfer that saw illegal gains worth millions of dollars flee the border.

Apart from eating away at the financing sector, some institutions can post more danger by funding drug dealers and terrorists, Li Zhaoming, an official at the Department of Public security heading an anti-money laundry team told Metropolis Daily.

Long regarded as a conduit for money laundering, underground banking is also believed to be an accelerator of corruption by helping offenders, some of whom are the most wanted fugitives by China, transfer illegal gains overseas, taking the sector into the spotlight amid anti-graft campaigns.

Police in South China’s Guangdong province are investigating money outflows linked to names on the list of the top 100 alleged economic fugitives in the country, released in April.

The surprisingly big sum of money involved in busted plots sheds light on the sprawling industry, providing clues as to why it can wield such evil power.

A nationwide crackdown saw some 20 billion yuan ($3.1 billion) involved in a scheme uncovered in the southern city of Shenzhen, while 44.3 billion yuan was discovered in another Foshan city-based case.

These two examples only represent a slice of the 30 major cases police have cracked since April.

Both cities are located in Guangdong, a business hub that has emerged as the den and biggest victim of some of the worst money transaction crimes.

Home to factories supplying well-known global brands, the southern coastal province is at the center of the “world factory”, a term coined for China’s manufacturing boom in the past three decades.

Many Shenzhen-based businesses set up offshore companies in Hong Kong for collecting payments made in foreign currencies, which are exchanged to yuan through black market money dealers when it’s time to raise capital for their cash-hungry factories in the mainland. Legal banks are kept at bay.