Ministry: No troops sent to border with DPRK 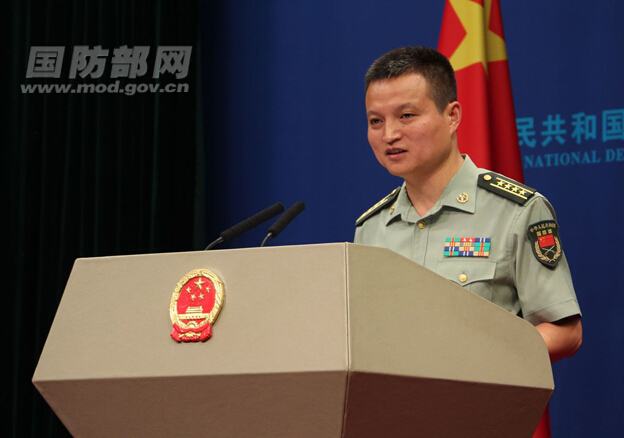 he Ministry of National Defense has dismissed a rumor that China’s People’s Liberation Army was reinforcing the border with the Democratic People’s Republic of Korea.

Tension recently flared on the Korean Peninsula and then eased within days. Some online speculation and media reports have said photos of tanks were proof of the Chinese army marching toward the China-DPRK border as reinforcements.

“The reports … are not in accordance with facts and are purely hype, “ministry spokesman Yang Yujun told a regular news conference in Beijing on Thursday.

Zhang Liangui, a Korean studies expert at the Party School of the Central Committee of the Communist Party of China, said it is inaccurate to base speculation on photos of tanks. The strategic climate of the peninsula “remains stable” despite recent turbulence, Zhang said.

The spokesman also confirmed “progress” achieved by Beijing and Washington for reconciling trust-building measures between the two militaries.

Yang said that last November, the defense chiefs of both countries signed two memorandums of understanding.

The memorandums address the establishment of a mutual reporting and trust mechanism on major military operations, and a Code of Conduct on naval and air military encounters.

During the meeting between Central Military Commission Vice-Chairman Fan Changlong and US Defense Secretary Ashton Carter in June, Fan called on both sides to strive to complete consultations on the Code of Conduct by August

Yang said the two mechanisms are open-ended and could be amended on a consensus basis. This year, the two sides “have conducted several consultations” over the two newly-added memorandums, a code of conduct over airspace encounters and the reporting of military crises.

Pang Zhongying, dean of the School of Global Studies at Sun Yat-Sen University, said although Washington remains cautious about China as a competitor, in some respects, “the interdependence is growing” and “it knows that the US cannot go alone”.

Pang is optimistic that consensus will be reached over military-to-military cooperation during President Xi Jinping’s upcoming visit to the US in September. “Sino-US cooperation (over defense issues) is actually expanding,” he said.

Xinhua contributed to this story.