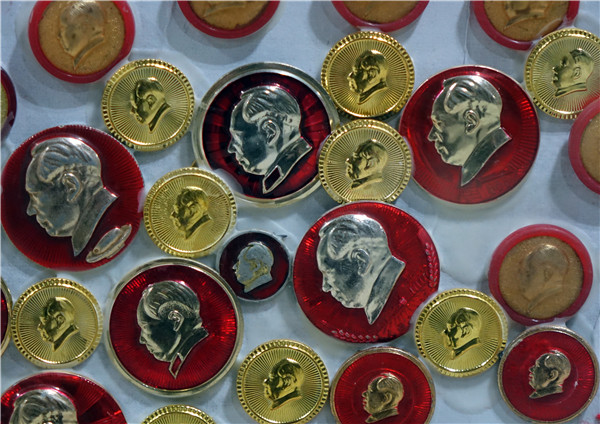 Xue Kaizhong was not surprised when the gold and silver coins he bought on Aug 27 for 6,600 yuan ($1,033) were worth 9,000 yuan in mid-September.
The 64-year-old, who lives in Zhongshan, Guangdong province, stood in line for two hours to buy the coins, which were specially issued to commemorate the 70th anniversary of victory in the Chinese People’s War of Resistance against Japanese Aggression (1937-45) and the end of World War II.

“The prices of the commemorative coins will soar,” said Xue. “They will continue to rise as fewer coins appear in the market. Many buyers won’t sell them, either because they’re waiting for a better market or they just want to keep them for remembrance.”

Xue added that some of his friends who are commemorative stamp fans got up at 3 am to get a place in line to buy a set of stamps issued for the anniversary.

The post office in Zhongshan, which usually sells 300 sets of stamps when commemorative collections are issued, applied for 890 sets from the provincial post office to meet demand from customers. The stamps sold out in two hours.

“Most commemorative stamp fans don’t seek an increase in value,” said Tang Boju, an enthusiast from Zhongshan’s Xiaolan township. “I always tell others that all my collections will be donated when I die. None of them will be sold at a profit.”

Tang, who is now in his 60s, has collected nearly 2,000 sets of stamps over more than 20 years, including some rare ones.

He said the prices of “red articles”－items related to the establishment of the People’s Republic of China and the Communist pioneers－are related to supply and demand.

“Even if you buy some expensive red articles, their prices won’t increase if few people are interested,” Tang said. According to Ji Yucheng, director of the red collection committee of the China Association of Collectors, about 1 million people in China now collect red articles.

“The articles, such as stamps, badges and busts, embody a history that many Chinese people cherish,” said Ji. “Many people think that only those in the older generation are red article fans, but more young people are interested now.

“The red collections had been neglected for years, but many young entrepreneurs have joined us, which is one of the reasons that the prices of the collections have increased rapidly.”

He added that China now has more than 100 private red collection museums and more than 30 large public museums. Most of the museums offer free admission.