THE 19TH PARTY CONGRESS in China 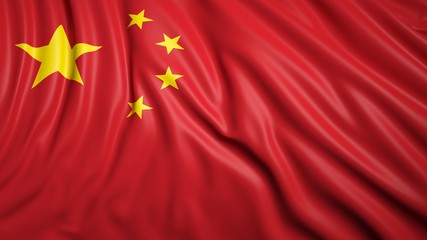 THE 19TH PARTY CONGRESS in China

One of the main outcomes of the 19th Party Congress in October 2017 was the strengthening of the role of the Party’s leadership. President Xi Jinping’s work report, subsequent speeches during the 19th Party Congress, as well as the general programme of the amended CCP Constitution, reaffirmed the leadership of the Party over ‘all work’. According to President Xi Jinping’s work report: ‘The Party exercises overall leadership over all areas of endeavour in every part of the country.’13 This statement was further introduced into the General Programme of the amended CCP Constitution.
The work report reaffirms the role of the State in shaping both the public and non-public sector:
We must uphold and improve China’s basic socialist economic system and socialist distribution system. There must be no irresolution about working to consolidate and develop the public sector; and there must be no irresolution about working to encourage, support, and guide the development of the non-public sector.14
The speech furthermore proclaims the goal to ‘turn Chinese enterprises into world-class, globally competitive firms’, which should be achieved by the means of State support and consolidation: ‘[w]e will work to see that state assets maintain and increase their value; we
will support state capital in becoming stronger, doing better, and growing bigger […].’15 The role of the plans is also confirmed: ‘[w]e will develop new methods to improve macro-regulation, give full play to the strategic guidance of national development plans.’16
Furthermore, the CCP Constitution was amended to include President’s Xi Jinping Thought on Socialism with Chinese Characteristics for a New Era, as it further reaffirms the role of the CCP: ‘Leadership of the Communist Party of China is the most essential attribute of socialism with Chinese characteristics, and the greatest strength of this system.’17
The Party Congress follows a period in which the role of the Party in all areas of the State has strengthened and become far more visible, and reconfirms these developments. The signals received at the 19th Party Congress are that China’s leadership will focus on strengthening the role of the Party, and that reforms will continue to be State-, rather than market-driven.

12 See for example the European Chamber of Commerce in China, (2017). European Business in China, Position Paper 2017/2018 and the Asia Society/Rhodium Group, (2017). China Dashboard, Quarterly Net Assessment, http://chinadashboard.asiasociety.org/china-dashboard/. (accessed on 6 December 2017).
13 See President Xi Jinping’s speech, Secure a Decisive Victory in Building a Moderately Prosperous Society in All Respects and Strive for the Great Success of Socialism with Chinese Characteristics for a New Era, Delivered at the 19th National Congress of the CCP October 18, 2017, p. 17.
14 Ibid., p. 18.