ALLOCATION OF FACTORS OF PRODUCTION in China 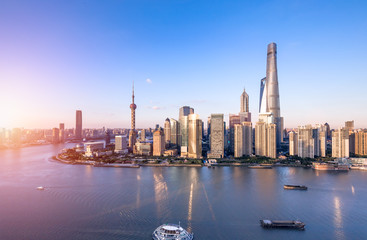 ALLOCATION OF FACTORS OF PRODUCTION in China

China has moved from a system where essentially all prices are set by the State to a more complex system. For consumer goods, the main item still subject to State price fixing is pharmaceuticals. The government also controls the prices of commodities such as fuel, electric power, and other utilities.
Land allocation policies implemented by the State are inefficient and land prices are distorted. The rigidity of the system prevents market mechanisms from playing their role, thus creating deep imbalances.
According to a World Bank/Development Reform Commission (‘DRC’) report, the factors of production are identified as one of the areas in which many significant distortions remain, suggesting much potential for reforms to improve resource allocation.25 The effects of these distortions are significant given that they generally depress factor prices and, therefore, production costs, thus significantly affecting the incentive structure for producers, investors and exporters.26
In Chapter 13 of the 13th FYP titled ‘Improve the Modern Market System’, the need for market-oriented reforms related to the factors of production – as well as for the liberalisation of pricing – is recognised:
[W]e will ensure that rural collectively owned land designated for business-related construction enters the market on an equal footing with and is subject to the same rights and prices as similarly designated state-owned land. […] We will improve systems for the market-based allocation of land designated for industrial purposes. […]
We will reduce government intervention in pricing, […]
China’s labour market also suffers from the inflexibility of State policies. Even though it has been largely transformed, it is not fully reformed due to continued controls on place of residence through the household registration (hukou) system – which are still in the process of being relaxed – as well as through the lack of independent trade unions (see Chapter 13).
The State remains completely dominant in finance (see Chapter 6). While the share of bank assets controlled by the five large-scale commercial banks has receded, most of the balance of Chinese bank assets is held in smaller institutions in which the State is the majority or dominant owner.27
In short, the government recognizes the need to improve resource allocation but by doing so it acknowledges that market principles are currently far from fully working

Tags:ALLOCATION OF FACTORS OF PRODUCTION in China