BASIC FEATURES OF THE SOCIALIST MARKET ECONOMY in China 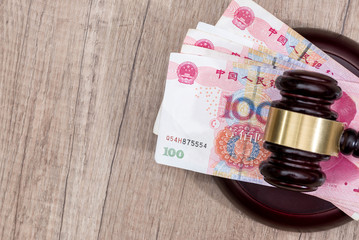 Prior to the launching of the ‘Open-door’ policy in China in 1978, which opened up for market-oriented economic reforms, the Chinese economy was essentially a closed, state-planned economy, mainly consisting of state-owned and collectively-owned enterprises. The move to a socialist market economy meant a shift from a pure planned economy to a hybrid system.
It is fair to say that while the Chinese economy has developed remarkably in the last forty years and is much more deeply integrated in the global economy, it has developed into an economy that is unlike any other economic system in the world.
In practice, the socialist market economy system has meant that while market forces have been mobilised to some extent, the decisive role of the State remains intact – as reconfirmed in Articles 6 and 7 of the Constitution and subsequent legislation such as Article 1 of the Law on State-Owned Assets in Enterprises. Therefore, even though today the Chinese economy is to some extent made up of non-state actors (for more details see Chapter 5), the decisive role of the State in the economy remains intact, with tight interconnections between government and enterprises (going far beyond the boundaries of SOEs) in place.
The system has been described in the following way:
Compared with the Japanese developmental pattern, in which central government agencies simply planned the development process and calibrated industrial policies, China’s state capitalism encourages both central and local governments
to play a straightforward role in supporting local industries with various forms of financial aid and services. China’s developmental miracle owes much to the socialist heritage of the Maoist era, which instituted a strong Leninist party-state and a concentration of power in the Communist Party of China. This model tends to promote state-owned enterprises (SOEs) at the expense of private actors in pillar industries (zhizhu chanye), but for emerging industries (xinxing chanye) where no national champions can be identified, the local authorities are often ready to offer generous help for these indigenous firms, regardless of their ownership structures.19
China has consistently resorted to a top-down interventionist industrial policy as a tool to achieve industrial modernisation and economic goals. The State does so through numerous means. To start with, there is an elaborate system of plans covering practically all aspects of the economy and levels of government (see Chapter 4). Furthermore, it maintains significant ownership stakes in important enterprises in ‘strategic’ sectors and it deploys a range of direct industrial interventions to influence resource allocation (see Chapter 5, as well as Chapters 9 to 13).20 Typical instruments used are market access controls, project examination and approvals, land supply approvals, loan approvals, various forms of financial support, industrial guidance catalogues, and licensing. Government procurement is a further tool through which the State exerts considerable influence over the market

Tags:BASIC FEATURES OF THE SOCIALIST MARKET ECONOMY in China