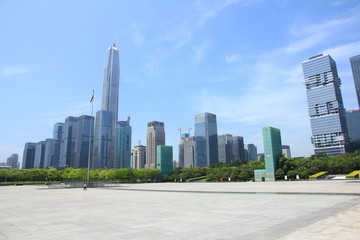 Though the government has been announcing and implementing to various degrees reforms ostensibly intended to allow market forces to gradually come into play, government ownership remains widespread and varied.
Ownership in sectors considered important (strategic or pillar industries) has traditionally been reserved for Chinese state-owned companies. Although the strict requirement for State ownership has formally been eased, there remains a built-in bias towards State ownership, as explained in more detail in Chapters 5 and 8. In contrast, the division between domestic and foreign is much clearer, with specific regimes and restrictions applying to foreign-invested companies. China has a history of attracting foreign technology by allowing foreign investments in specific sectors, and then not allowing any further entries once the requisite technology has been transferred and the Chinese industry has become competitive.
At the same time, the links between the State and economy go beyond mere ownership. The Chinese economy is more complex than a simple division of ‘private’ and ‘state-owned’. Often, privately owned companies have close links to the government, in particular due to the strategic importance of their products.21 The lines between these companies are often blurred, making it difficult to classify Chinese firms according to ownership. For example, many companies that are classified as private actually consist of mixed ownership, and publicly listed companies in China are typically of this type. At the same time, traditional SOEs have undergone or are in the process of corporatisation (see also Chapter 5). There are also companies in which the State has very limited or no ownership. Chinese company statistics are based on registration data. However, companies will not necessarily be registered in a category that reflects the ultimate ownership.
Therefore, while certain types of State influence pertain only to SOEs, in practice both SOEs and large private companies share many similarities in the areas commonly thought to distinguish SOEs from privately owned companies: market access, receipt of State subsidies, proximity to State power, and execution of the government’s policy objectives.22 In fact, since the introduction of the ‘Three Represents’ by President Jiang Zemin in February 2000, private entrepreneurs have been welcomed as members of the CCP, thus acknowledging and facilitating their role in helping to implement Party goals.23 There are also reports that the government, through creating ‘special management shares’, is pushing some of its largest private tech companies to offer the State a stake in them and a direct role in corporate decisions