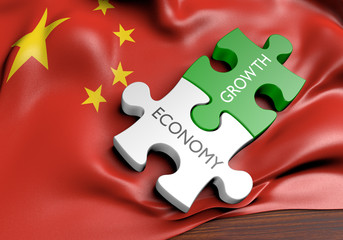 The various FYPs list a multitude of economic goals that China wants to achieve (see Chapter 4).

In order to achieve these goals, the government uses a broad range of support measures which include tax incentives, granting of licenses, regulatory approvals, funding and subsidisation.

These support measures are deployed to achieve the supply of various raw materials, the development of certain segments of industrial sectors (including by supporting the development of new products and encouraging certain industry configurations – notably the creation of larger companies or the relocation of industries) etc.

These are also considerations that play a role in the various investment screening processes as described in more detail in Chapter 8.
The State also makes frequent use of catalogues in its industrial policy (see in particular Chapters 4 and 8).

For example, following the announcement of the Strategic Emerging Industries (‘SEIs’) in 2010, China subsequently issued additional policy documents and catalogues explaining the development priorities for key technologies and products considered to be SEIs, identifying specific sub-sectors, technologies and products in each SEI sector, and setting forth a variety of specific policies and support measures designed to spur development in each sub-sector. One of these documents, a catalogue issued by the Ministry of Industry and Information Technology (‘MIIT’), instructed sub-central government authorities to identify firms, technologies and measures supporting the central government’s SEI initiative, listed relevant companies and research and development units for each sub-sector, and further indicated that the list should be used by other Chinese government ministries to ‘issue targeted supporting fiscal and taxation policies’.

Only a very small number of companies listed had any foreign investment, as the list was dominated by Chinese-invested companies, particularly SOEs and domestic national champions.28 By January 2013, China had created a central government-level support fund for SEI development while encouraging local governments to establish their own local SEI support funds.

Another example involves the high-end equipment-manufacturing sector. In this sector, China maintains central, provincial and local government measures that condition the receipt of subsidies on an enterprise’s use of at least 60% Chinese-made components when manufacturing intelligent manufacturing equipment.29
On investment, while China has indicated that it is easing up on administrative approvals,30 and is moving towards a system of negative lists, the ‘Catalogue for the Guidance of Foreign Investment Industries’ still remains.

This Catalogue indicates which sectors are encouraged, restricted and prohibited for foreign enterprises to invest in, but also under which conditions (joint-venture requirements, etc.) investments in are allowed. These catalogues are designed to be closely in line with more overarching industrial policy goals. Catalogues are also commonly used in government procurement (see Chapter 7).
In conclusion, and as discussed throughout this report, Chinese industrial policy is demonstrably interventionist and there is no sign that this will change in the foreseeable future.

A broad range of policy tools is available for the State to implement governmental targets.