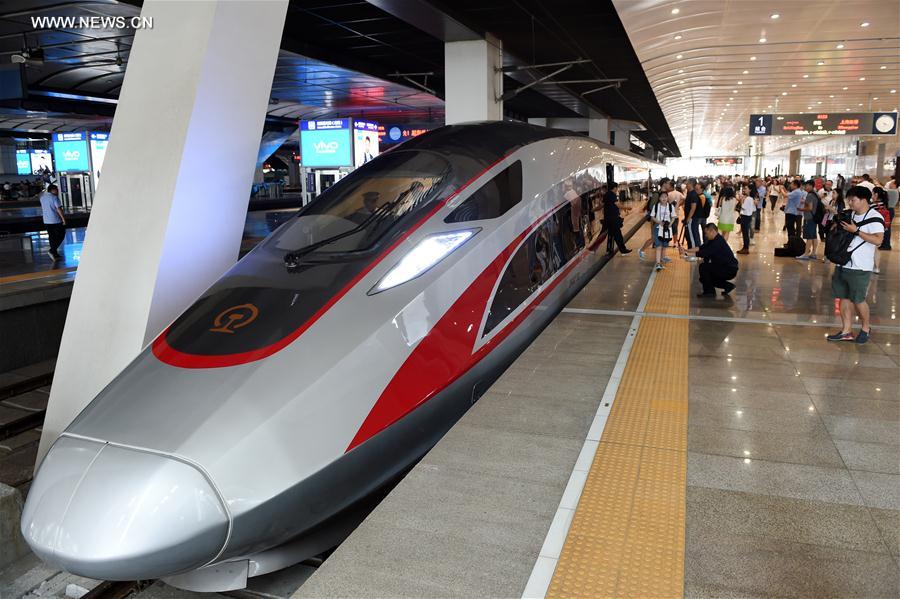 The train was designed and manufactured by China.

The train includes a sophisticated monitoring system that constantly checks its performance and automatically slows the train in case of emergencies or abnormal conditions.

Thanks to a remote data-transmission system, a control center will be able to monitor the train in real time.

Previous bullet trains featured the characters “Hexiehao” (harmony), on the exterior of each train.