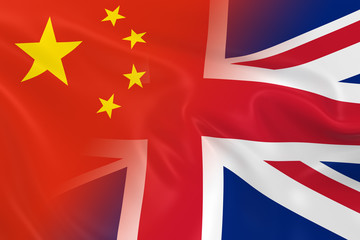 Chinese foreign direct investment into the United Kingdom more than doubled in one year – from $9.2 billion in 2016 to $20.8 billion in 2017 – despite uncertainty surrounding Britain’s pending exit from the European Union.

The figures, which were put together by law firm Baker McKenzie and research consultancy Rhodium Group, show that China’s FDI into the UK grew six-fold during the past four years – from $3.2 billion in 2013.

FDI refers to greenfield investments and completed acquisitions that result in an equity stake of 10 percent or higher.

“We’ve seen a steady increase in Chinese FDI into the UK, culminating in last year’s record high,” said Tim Gee, London mergers and acquisitions partner at Baker McKenzie. “Weak sterling and a renewed confidence (among) Chinese investors have been key factors in driving much of this activity.”

One deal that boosted the total in 2017 was the $14 billion purchase of the London-based warehouse company Logicor by Chinese sovereign wealth fund China Investment Corporation, which is known as CIC.

Logicor, which owns around 50 warehouses in the UK and other European countries, was sold to CIC by Blackstone’s real estate arm.

Gee said his team expects Chinese investment in the UK to continue in 2018.

“Unlike the EU and the US, the UK has not signaled any meaningful toughening of foreign investment screening and the door is very much open to foreign investors,” he said.

In comparison, the US government has rejected some significant would-be Chinese acquisitions, the most recent of which being the rebuffing this month of Ant Financial’s intended $1.2 billion acquisition of US money transfer company MoneyGram International, which was blamed on national security concerns.

Meanwhile, the data shows the consistent growth of China’s FDI in countries in the area covered by the Belt and Road Initiative, especially in sectors including transport, utilities, logistics, and infrastructure.

China’s FDI into European countries within the Belt and Road Initiative region grew from less than $1 billion in 2015 to more than $16 billion last year.

Significant European countries experiencing big year-on-year declines in Chinese FDI include Germany, Spain, and France, with declines of 84 percent, 79 percent, and 58 percent, respectively. However, these economies did experience increased activity during the second half of 2017, with more deals pending, especially in Germany and Spain.