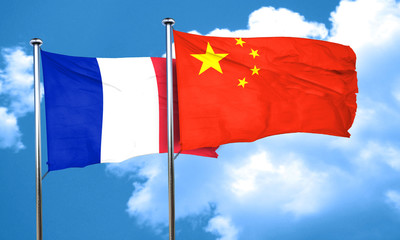 French President Emmanuel Macron was in China on 9 of January 2018
The three-day state visit was designed to bolster economic and political ties between Beijing and the euro zone’s second-largest economy Improving trade and business relations is top of the agenda, with Macron leading a delegation of around 50 top business representatives to China.

Macron on January 8 launched a state visit to China in Xian — the starting point of the ancient Silk Road — in a nod to his counterpart’s scheme to revive the famous trading route.

French President Emmanuel Macron was in China on 9 of January for a three-day state visit designed to bolster economic and political ties between Beijing and the euro zone’s second-largest economy.

Improving trade and business relations is top of the agenda, with Macron leading a delegation of around 50 top business representatives to China. Like other nations making overtures to Beijing, such as the U.S. and U.K., France is keen to increase its access to China’s lucrative markets and consumers.

Toulouse-based Airbus is reportedly offering China an industrial partnership if it places orders for the aircraft manufacturer’s largest passenger jet, the A380. Airbus Chief Operating Officer Fabrice Bregier, who is part of Macron’s trade mission, is due to hold talks in China on Monday.

Recent reports have suggested that Airbus was ready to phase out production of the A380 due to slow sales, so a deal could be crucial for the company.

The visit comes hot on the heels of trade agreements signed between China and France in December that pledged “reciprocal” treatment in terms of commercial relations. China has long been accused of a protectionist approach to its economy, but has said [when?] it will open more markets to foreign investment.

Speaking in the city of Xi’an on Monday, Macron endorsed China’s Belt and Road initiative, saying China and Europe should collaborate so that a new Silk Road isn’t a one-way street. He also referenced concerns about China’s trade surpluses. The French president is due to meet his counterpart, President Xi Jinping, later 9 of January.

Gift horse
Like other global leaders visiting China and hoping to woo the country’s leadership, France has been keen to make a good impression with Macron reportedly presenting President Xi Jinping the unusual gift of a horse ahead of his state visit.

The horse is an eight-year old gelding called Vesuvius, according to Reuters, and belonged to France’s elite Republican Guard. The gift was reportedly made after Xi expressed an interest in the presidential cavalry corps during a visit to Paris in 2014.

France’s horses are not the only thing to have caught China’s attention, with the country’s cheeses, wines and meats gaining favor in the country’s increasing consumer market.

There were concerns in the cheese-producing nation last year when China put a block on soft cheese imports over fears of the bacteria used in their production. French cheese-makers breathed a sigh of relief when China lifted the restrictions in October, allowing Brie, Camembert and Roquefort to enter the country again.