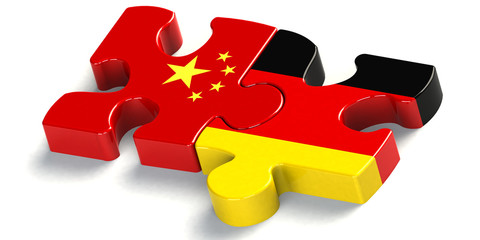 China invested more than ever before, €11bn, in German companies in 2017, according to a study from consulting firm EY, reported by Sueddeutsche Zeitung. Most transactions involved Hong Kong-based investors who are not affected by strict Chinese capital controls. The European Commission is pondering wether to set up a screening mechanism to sound the alarm bell on investments in sensitive sectors.

One of the largest deals in 2017 includes the acquisition of the Deutsche Telekom’s shares by the HNA Group (total value of around EUR 3.3 billion) and the acquisition of Biotest AG by the Chinese CREAT Group (total volume of approximately EUR 1.3 billion), which is currently still subject to approval by the authorities. In addition to financial institutions and companies from the health sector, large industrial enterprises and technology leaders in particular are the focus of Chinese investors. Similarly, the energy sector, e.g. renewable energies, and automation companies are becoming increasingly attractive as investment targets.

Investments in these key industries are in line with the Chinese government’s “Made in China 2025” strategy, which aims to strengthen China’s competitiveness in these areas. This could also explain the growing number of state-owned enterprises representing the majority of Chinese investors in Germany in 2017. Stronger regulations on investments on both the German and the Chinese side mean that more time is generally needed for the successful closing of transactions. Moreover, there is a trend towards minority shareholding.