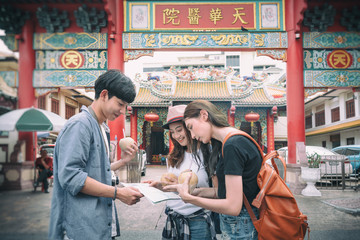 In recent years, China has witnessed unprecedented development in its tourism industry thanks to the implementation of the reform and opening-up policy.

Inbound tourism is a basic indicator for measuring the comprehensive strength of a country’s tourism industry and the level of international competition.

Looking back over the 40-year progress, China’s inbound tourism has played a significant role in promoting the national tourism system and establishing the international image. Its outbound tourism has also contributed greatly to the world’s economy and well-being.

In particular, the CTA noted that in 2017, an increasing number of inbound tourists were from the Belt and Road countries, meaning that China’s Belt and Road Initiative has a great impact on the aforementioned countries.

Top six ‘visitors’ to China over the decades

According to the data from the NBS, tourists from Myanmar, Vietnam, Japan, S. Korea, the United States and Russia account for the top six foreign visitors to China from 1990 to 2017. For overseas tourists, Hong Kong, Shanghai, Beijing, Macao and Guangzhou are the top five China travel destinations, Travel China Guide reported.

In terms of China’s service imports last year, tourism was the largest sector with a value of 254.8 billion U.S. dollars, according to the data from Chinese Ministry of Commerce, which means tourism would become one of China’s primary and fastest-growing economic sectors in the future.

Meanwhile, a report released by the market research group Euromonitor International also mentioned that China is forecast to overtake France as the world’s most visited country by 2030 as a growing middle class in Asia looks to spend more on travel. In addition, China is forecast to surpass the U.S. and Germany to become the largest source of outbound departures by 2030.

As for the future of inbound and outbound tourism in China, many tourism-friendly policies and initiatives including visa facilitation and more international air routes have been made to expand the tourism market. At present, the 72-hour visa-free transit policy has been adopted in some Chinese cities, which can be noted as a good way to welcome more foreign visitors.

By She Jingwei from CGTN