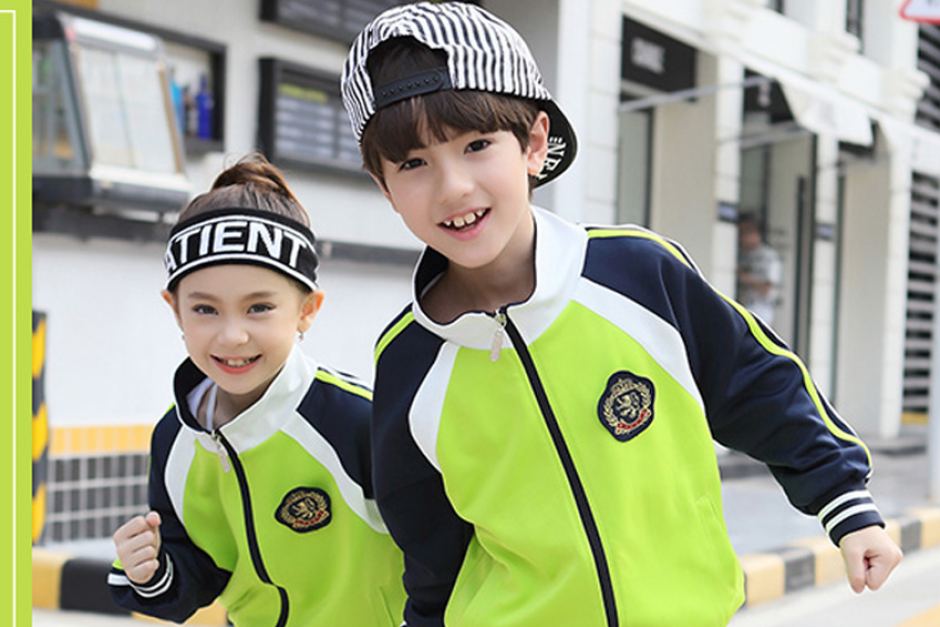 Key points:
Skipping class or leaving the classroom without permission triggers an alarm
A GPS system tracks student movements even beyond the school grounds
Beijing has made regular calls on all schools to develop “smart campuses”
Eleven schools in the south-west province of Guizhou have introduced the uniforms, which were developed by local tech firm Guizhou Guanyu Technology.

As students enter the school, the time and date is recorded along with a short video that parents can access via a mobile app.

Facial recognition further ensures that each uniform is worn by its rightful owner to prevent students from cheating the system.

Skipping classes triggers an alarm to inform teachers and parents of the truancy, while an automatic voice alarm activates if a student walks out of school without permission.

A GPS system tracks student movements even beyond the school grounds.

Alarms will also sound if a student falls asleep in class, while parents can monitor purchases their child makes at the school and set spending limits via a mobile app, according to the company’s official website.

“You go to any school and ask the security guard how many students there are in the school today. He definitely can’t give you an answer, but we can,” the post read.

On its website, the development company said the uniforms were designed to “fully implement the state policy of actively constructing smart campuses and smart education management for the development of education”.

In recent years, Beijing has made regular calls on all schools to develop “smart campuses” in a push to digitalise education.

‘Don’t children have human rights and privacy?’
An annotated picture of a child wearing a smart uniform and carrying a raquet.
PHOTO: A GPS system tracks students’ movements even beyond the school grounds. (Supplied: Guanyun Technology)
Despite all the benefits touted by the company, the uniforms have prompted backlash on social media.

“If you were a child, would you like to be monitored 24 hours a day?” asked one Weibo user with the nickname Sangguo_Sunny.

But blogger Yi Zhi Sirius defended the new uniforms, saying “the uniforms will come in handy when it comes to locating missing students”.

Two children wearing green smart uniforms hold hands.
PHOTO: Guanyu Technology’s marketing manager also bragged of the uniforms’ capabilities on a personal Weibo account. (Supplied: Guanyu Technology)
Speaking to the Global Times, Lin Zongwu, principal of Number 11 School of Renhuai in Guizhou, said although the school had the ability to track students at all times, they used this technology sparingly.

“We choose not to check the accurate location of students after school, but when the student is missing and skipping classes, the uniforms help locate them,” Mr Lin said, adding the attendance rate had increased since the intelligent uniforms were introduced.

Guanyu Technology responded to criticism on Weibo, saying the company did “respect and protect human rights”.

“The smart uniform does not track students’ every single move all the time,” the company wrote.