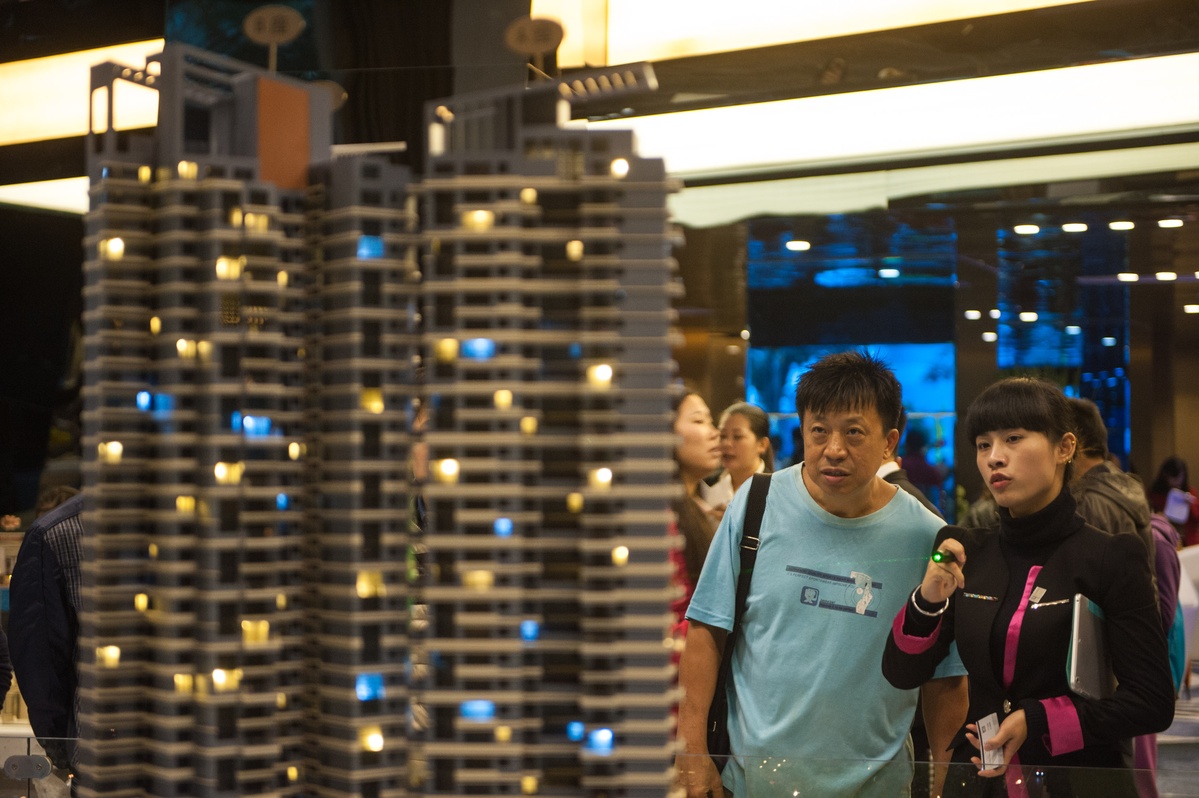 Residential property sales of Shenzhen, Guangdong province could increase next year, as the city might lift its housing restrictions amid slower economic growth, according to industry insiders.

Due to slowing economic growth, the likelihood of a more stringent policy environment in 2019 is low, while a more relaxed market environment is likely as the government aims to maintain stable property market performance, according to Savills, an international real estate services provider.

The expected policy trends, as well as the fact banks lowered their mortgage interest rates in the city at the end of the year, will fuel housing demand among property buyers and investors, Savills said.

“We forecast the transaction volume of the residential property market in Shenzhen will increase, and the average transaction price will maintain stable growth in the coming year,” said Carlby Xie, head of southern China research at Savills.

Future policies will focus on maintaining the property market’s stability, building a more sophisticated housing supply and leasing market, and strengthening the development of the leasing market, he said.

These expectations came after Guangzhou, capital of Guangdong, lifted curbs on commercial apartment sales earlier this month, sending a positive signal to the industry and causing widespread speculation whether housing restrictions in other cities will also be lifted.

According to statistics from Savills, the total transaction volume of the Shenzhen residential property market decreased by 0.4 percent year-on-year to 3.02 million square meters as of the end of November.

To improve quality of life in the city, Shenzhen is making great efforts to increase the supply of rental apartments. According to a report published for review on Wednesday, the city will strive to add no fewer than 300,000 units by 2022.

Song Ding, director of the Tourism and Real Estate Industry Research Center at Shenzhen-based think tank China Development Institute, said the extent to which Chinese housing policies will be lifted will depend on the country’s macroeconomic situation next year.

“It is likely that some cities might withdraw home-buying, home sales or price-limiting measures in 2019. But the core principle for the government will be maintaining the stability of the property market, so there will be no big change,” Song said.

Since Heze in East China’s Shandong province announced it would relax its home sales ban earlier this month, similar signals have appeared in other cities. It was the first Chinese city to make such a move following nationwide efforts to curb price growth.

Zhuhai in Guangdong has reportedly also changed its housing policy, allowing nonresidents to buy properties as long as they have bought local social security insurance for one year, down from the previous requirement of five consecutive years.

He suggested that such policies should soften gradually, and market sentiment should be observed carefully in the process.