Pope to visit Bulgaria, Macedonia in May in busy travel year 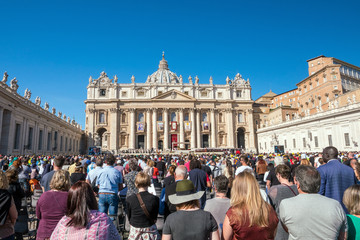 VATICAN CITY (AP) — Pope Francis is traveling in May to the Orthodox countries of Bulgaria and Macedonia, where he will pay tribute to Macedonian-born Mother Teresa, officials said Thursday.

During the May 5-7 trip, Francis will visit the Bulgarian cities of Sofia and Rakovski, followed by a stop in the Macedonian capital Skopje en route home, the Vatican said.

Francis canonized Mother Theresa as St. Theresa of Calcutta in September 2016 for her dedication to serving the poor. She was born Agnese Gonhxe Bojahxiu in Skopje in 1910 and died in Calcutta in 1997, where she spent much of her life.

The former Soviet republic of Bulgaria, too, is mostly Orthodox and hosted St. John Paul II in 2002.

During that visit, the Polish-born John Paul tried to put to rest suspicion that Bulgaria’s secret service was behind Turkish gunman Mehmet Ali Agca’s attempt to kill him in St. Peter’s Square in 1981.

The motto for Francis’ Bulgarian visit is “Peace on Earth.”

Francis, who turns 82 last month, has a busy year of travel scheduled. The Vatican has confirmed trips to Panama, Morocco and the United Arab Emirates in the first half of the year. The pontiff is also considering visiting Madagascar and Japan in 2019.

by The Associated Press