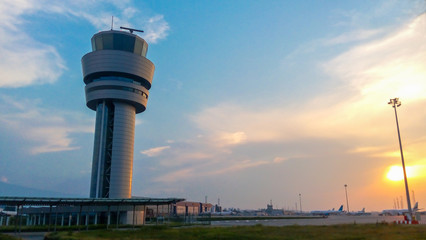 In the context of the pending procedure for Concession of Sofia Airport, the Bulgarian Government affirmed its interest in developing public-private partnerships through concessions in the next couple of years, On 23 January 2019 the Council of Ministers adopted an Action Plan for State Concessions 2019-2020 (“Action Plan”, available in Bulgarian at the following link). The policy document, introduced under the new Concessions Act 2018 (“CA”), follows the priorities defined in the National Concessions Strategy. Its objective is to determine the specific projects and timing for concession procedures relating to state assets including roads, ports, airports, beaches etc. The Action Plan includes also duration of each planned concession, scope and obligations under the concessions (for instance, the obligation to build new infrastructure, etc.), as well as the amount of the minimum concession payment. The inclusion of a particular project in the Action Plan is a mandatory step in order to open a specific concession procedure. The Action Plan is focused on major transport infrastructure projects but includes also concessions of sea beaches and for mineral water extraction.

In 2019 the Government plans to initiate tender procedure for at least two airports, in addition to the ongoing procedure for Sofia Airport.

The Government has already declared that it intends to relaunch the tender procedure for Plovdiv Airport. After a first unsuccessful procedure (won by HNA Group, which withdrew from the tender before signing the concession agreement due to its global restructuring), the Ministry of Transport has announced that it prepares a new procedure. According to the Action Plan, the operation Plovdiv Airport -the 4th largest airport in Bulgaria, strategically located in the center of the Trace valley, should be subject to a 35 years concession (extendable by 1/3), where extensive construction works are also to be planned. The minimum initial payment is expected to be BGN 4,35 mil. (approx. EUR 2,2 mil)

The Baltchik Airport is a former military air base, located on the northern part of the Bulgarian Black Sea coast. The intention of the Government is to award a concession for the transformation of the airport in a civil airport for light civil aviation. The duration of the concession is expected to be 35 years (extendable by 1/3) with a minimum initial concession payment of BGN 3,6 mil (approx. EUR 1.9 mil)

In addition, by the end of 2019, the Government intends to initiate concession procedures for some of the secondary ports on the Danube River. A particular attention draws the expected concession of Rousse East 1 and Rousse East 2 ports, which are intended to be tendered for a duration of 35 years. The two ports are strategically located on the Waterway axis Rhine/Meuse-Main-Danube, near the city of Rousse, in proximity to a railway/car bridge over the Danube, a highway (currently under construction), major railways links and the industrial zone of Rousse. This renders the two ports one of the most attractive for multimodal transport infrastructure in the country. 2020 – the year of sea ports

In 2020 the Government intends to concentrate the concession efforts on the major sea ports of the country. Particularly important are the following projects, expected to be launched in 2020:

The major project in the Action Plan is the development of the Varna-East and Varna-West ports. The two ports are strategically located in the proximity of Varna – the third largest town in the country. The two ports are expected to be developed for all kinds of maritime freight and to be linked to major railway and road infrastructure. The expected duration of the concession is 35 years (extendable by 1/3) and the initial concession payment is expected to be in the range of BGN 420 mil (EUR 215 mil). The development of this project is expected to further boost the expanding industrial zone around Varna and imports from Russia, the Caucasus and Mid-Asia.

In addition to the freight port, the Government intends to further develop via a concession the Varna Ferry Terminal. Its concession is expected to be awarded for a period of 35 years (extendable by 1/3) with an initial concession payment amounting to BGN 49 mil (approx. EUR 25 mil).

On the South of the country, the Burgas port is currently the largest port in the country. While the Burgas-West port is already operated by a concessionaire (the Bulgarian group BMF), the East terminal, dedicated to freight, is still managed by the state. The Burgas-East Terminal concession would imply extension of the existing facilities, including construction of new equipment. The expected initial concession payment is BGN 52 mil (approx. EUR 27 mil).