German Leoni Cuts 2,000 People and Lowers its Forecast for 2019. Will the Investments in Bulgaria be Affected? 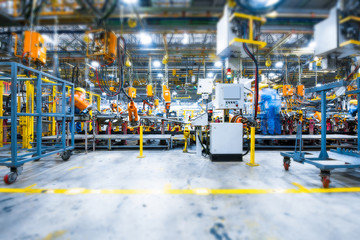 German cable systems manufacturer Leoni warned that it would not reach its profit target set just a month ago. In addition, the company plans to cut 2,000 people. “The company faces a challenging environment in the markets, especially in China,” Leoni said, adding that orders from car manufacturers dropped significantly.

On questions from Money.bg, the German company replied that major management positions would be cut and that the reduction of the workforce would not affect production positions. The company also said it did not decide exactly where the redundancies will be done. In this connection, the company also assured that they are still planning to hire 2,000 people at its new plant in Pleven, in which will be invested € 32 million. At present, the repair of the existing buildings and the expansion of the production area is ongoing in the Bulgarian town. Production is expected to begin in the fourth quarter of 2019.

Around 90,000 people worldwide work for Leoni. The company reported € 144 million in profit in 2018. Initially, the forecast for 2019 was between € 100 million and € 130 million, but the company said it would not achieve this goal. No new items listed yet. The plant in Pleven will be located on an area of 30,000 square meters. Earlier, the governor Miroslav Petrov stressed that this is the largest foreign investment in the region over the last decade. In Leoni’s Bulgarian plant, components for the German concern Daimler, the owner of Mercedes-Benz, will be produced. Specifically, there will be those for the new C Class, which has a large order.

The group’s main customers are from the global vehicle, truck and component supply industry. Leoni has a tangible presence in Eastern Europe, and last year the company opened a factory in Ukraine. The place was worth 20 million euros, and by the year 2021 will be hired 5000 people. In February last year, the company announced they would invest 60 million euros in a new plant in Serbia, where 4,000 to 5,000 people will be hired. The company has three bases in our western neighbor – Prokuple, Dolevac and Nis. The German group also has presence in Poland, the Czech Republic, Hungary, Slovakia, Romania, Ukraine and Turkey.