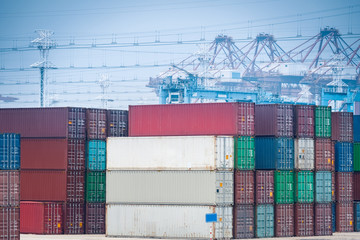 Ningbo in Zhejiang province plans to strengthen cooperation with Central and Eastern European countries in fields including transport, trade and cultural exchanges, according to the city’s bureau of commerce.

Based on the cooperation between China and CEEC, also known as the 16+1 cooperation, Ningbo is to establish a network between the two sides.

It will add more direct flights and ships in a bid to improve facilities and services, such as logistics, trade, exhibitions and finance around its ports.

To solve the problems of importing agricultural products and quarantine, the city will set up multiple channels for trade and cross-border e-commerce.

This will ensure imports from CEEC are best served by China-CEEC cooperation and a comprehensive pilot zone for cross-border e-commerce.

The coastal city will also establish a platform to support cooperation between China and CEEC, and improve other platforms including cultural centers.

In addition, Ningbo will ramp up efforts on cooperation with CEEC in cultural exchanges in sectors including education, tourism and scientific research.

These will explore a new pattern of exchanges between cities and promote communication.

In 2012, China and CEEC established a cooperation mechanism to promote sustainable and forward-looking development, and to build a new model of partnership featuring openness, inclusiveness and win-win outcomes.

As a coastal city in East China, Ningbo has made great progress in supporting the cooperation between China and CEEC. It has also become a major platform in China for holding events for CEEC.

The city has hosted the annual China-CEEC Investment and Trade Expo over the past four years. It hosted the China-CEEC Forum on Cooperation and Development in 2015 and 2017.

Official data show that between 2014-18, the total trade volume between Ningbo and CEEC amounted to $14.8 billion.

By the end of 2018, the city reached agreements on 141 mutual investment projects with CEEC, more than many other regions in China.

Apart from a series of events, the city has also played a role in building pilot zones featuring services, such as inspection and logistics.

In 2017, the China-CEEC Inspection and Quarantine Pilot Zone of Trade Facilitation was unveiled in Ningbo.

In November 2017, authorities from China and CEEC reached the first agreement in supporting a city in China to build an economic and trade cooperation demonstration zone. The Ningbo city government issued a guideline to begin the construction of a demonstration zone last year, focused on promoting sectors including trade, investment and public services.

To promote the communications between the two sides, Ningbo has stepped up its efforts in the culture field.

In November 2017, the first China cultural center established by the then Ministry of Culture opened in Bulgaria. It is operated by the Ningbo city government.

In addition, Ningbo has expanded cooperation with CEEC in education.

It has joined hands with CEEC to build collaborative cultural programs including language and culture centers and research centers.

To deepen cultural cooperation, the city has launched exchanges. Its government delegations have held mutual visits with its counterparts from countries including Romania and Poland, as part of efforts to learn more about each others’ culture.