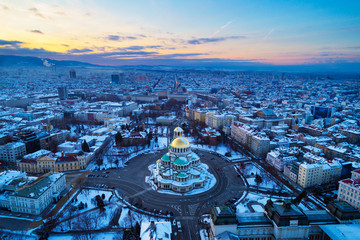 Prices of housing in Bulgaria increased about 26.15 per cent between 2015 and 2018, according to the National Statistical Institute (NSI).

The largest increase was in Bulgaria’s capital city Sofia, where housing prices in the fourth quarter of 2018 were 35.25 per cent higher than in 2015.

Close behind was second city Plovdiv, where housing prices rose by 34.47 per cent over those three years, according to the NSI’s figures.

In Stara Zagora, the increase was 28 per cent, in Rousse 27 per cent and in Bulgaria’s largest Black Sea city Varna, 26 per cent – notably, the figure for Varna does not include sales at its adjoining resorts.

Among Bulgaria’s largest cities, the one with the lowest increase was Bourgas, at 18.23 per cent between 2015 and 2018, according to the NSI.

Over the three years, prices of newly-built apartments increased by an average 22.3 per cent, while prices of existing apartments rose by 28.24 per cent.

Increases in prices of existing apartments were highest in Sofia, Varna, Bourgas and Rousse, though the trend was the opposite in Plovdiv and Stara Zagora, where prices of newly-built apartments rose at a faster pace.

The largest difference was in Sofia, where between 2015 and 2018, prices of existing apartments increased by 40.3 per cent, while those of newly-built apartments rose by 24.3 per cent.

In Rousse, there also was a significant different. Prices of existing apartments increased by 28.1 per cent, and those of newly-built ones by 18.1 per cent, according to the NSI. 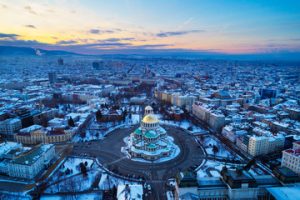