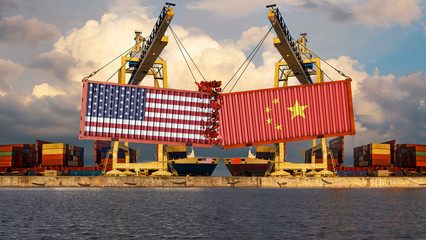 The US is delaying imposing tariffs on some imports from China until 15 December because of “health, safety, national security and other factors”.

The surprise news from the United States Trade Representative office sparked a 5% jump in Apple shares.

Other items facing a 10% tariff will go ahead as planned on 1 September.

The USTR’s announcement was released minutes after China’s Ministry of Commerce said Vice Premier Liu He had conducted a phone call with US trade officials.

US President Donald Trump said on 1 August he would impose a 10% tariff on $300bn of Chinese goods, blaming China for not following through on promises to buy more American agricultural products.

He also personally criticised Chinese President Xi Jinping for failing to do more to stem sales of the synthetic opioid fentanyl amid an opioid overdosing crisis in the US.

But in a tweet on Tuesday, Mr Trump hinted that he was expecting something in return, suggesting that China’s failure to “buy big” from US farmers could be about to change.