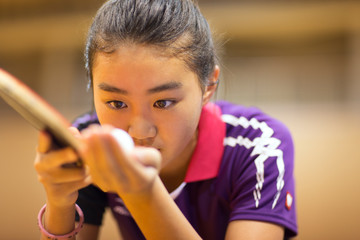 In the semifinals early on Sunday, 11th seed Chen beat second seed Mima Ito of Japan, and at the round of 16 on Friday defeated another strong Japanese — third seed Miu Hirano.