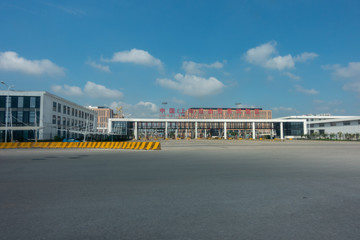 The State Council has approved the overall development plans for six new pilot free trade zones (FTZ), according to a circular issued on Aug 26.

The six new pilot free trade zones, located in Shandong, Jiangsu, Guangxi, Hebei, Yunnan, and Heilongjiang, are required to build themselves into new highlands of reform and opening-up in the new era, according to the plans.

Land development and use in these FTZs must comply with laws and regulations on land use, environmental protection, and urban-rural development planning, and should be in accordance with requirements on land saving and intensive use.

According to the plans, all six new zones are required to accelerate the transformation of government functions. They will strive to build a world-class business environment by expanding the reform of business systems and promoting the reform of decoupling business licenses from operation permits in all pilot free trade zones.

They will expand the reform in investment fields by further advancing investment liberalization and facilitation, and improving investment promotion and protection mechanisms.

Efforts will be made to promote trade transformation and upgrading. And the building of a “single-window” system for international trade that matches international advanced standards will be advanced.

The zones are also asked to expand opening-up and innovation in the financial sector.

Innovation-driven development and the development of high-tech and emerging industries are also stressed in the plans.

Besides these common tasks, based on their strategic positioning and locations, each FTZ has its own specific development goals.

China (Shandong) Pilot Free Trade Zone will develop the high-quality marine economy, improve international cooperation in this field, and enhance shipping service capacity. The zone will also explore ways to deepen economic cooperation with Japan and the Republic of Korea.

With its unique geographic advantages in bordering with the neighboring members of the Association of Southeast Asian Nations (ASEAN), China (Guangxi) Pilot Free Trade Zone will build itself into an international land and sea trade corridor with ASEAN as the main trade partner, and an important gateway linking the 21st Century Maritime Silk Road and the Silk Road Economic Belt. The zone will also serve as the financial opening-up gateway for ASEAN.

China (Hebei) Pilot Free Trade Zone will promote the coordinated development of Beijing, Tianjin and Hebei; lead the high-quality development of Xiongan New Area by adopting financial innovation and digital technologies; undertake the noncapital functions of Beijing and the commercialization of technological achievements from Beijing and Tianjin.

China (Yunnan) Pilot Free Trade Zone will strive to build an important corridor interconnecting the Belt and Road Initiative and the Yangtze River Economic Belt. It also aims at becoming an opening-up frontier linking China and South and Southeast Asian countries. The zone plans to build a world-class healthy lifestyle destination by introducing high-end medical resources from home and abroad.

One of China (Heilongjiang) Pilot Free Trade Zone’s key tasks is to promote the revitalization of Northeast China. The zone will cultivate new growth drivers by supporting the development of emerging industries such as high-end equipment, smart manufacturing and new energy, and offering incentives for commercialization of technological achievements. It also will build itself into a cooperation hub between China and Russia as well as the East Asian region