China’s pork prices to hit record level in 2019 due to African swine fever, even as imports surge, report says 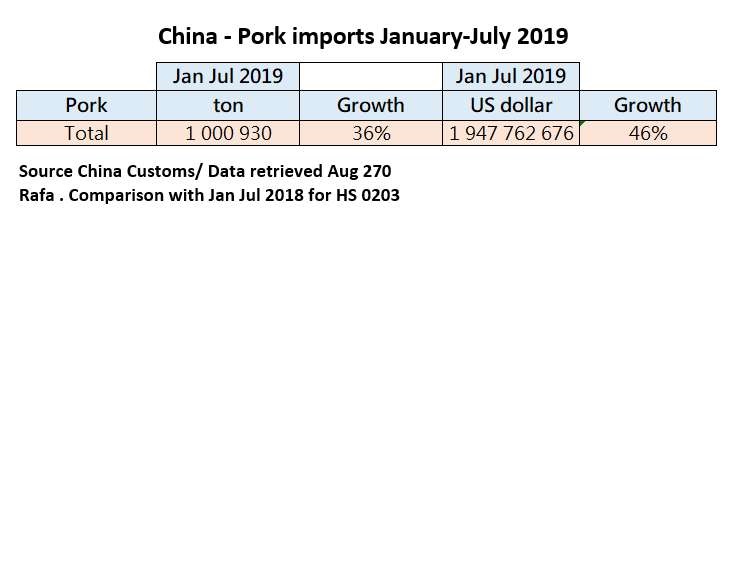 China’s pork prices will reach a record level by the fourth quarter of 2019 due to the impact of African swine fever on domestic production, even as imports continue to surge, according to a Rabobank report.

Pork prices rose by nearly 30 per cent in June compared with a year earlier, according to the Ministry of Agriculture and Rural Affairs, with the spread of African swine fever showing no sign of abating, causing domestic production to plunge.

“China’s pork and hog prices are likely to break the previous record high in 2016 by the fourth quarter,” said Pan Chenjun, the report’s author and a senior analyst for animal protein at Rabobank.

Prices for other meats, including chicken, are also expected to rise substantially, putting further pressure on the discretionary spending of Chinese consumers.