20 measures rolled out to stimulate consumption 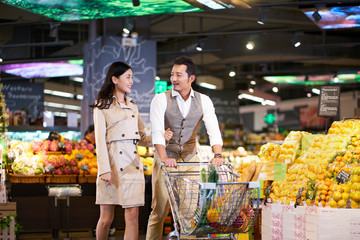 China has rolled out targeted measures to boost domestic consumption and pledged to further carry out reforms and apply new technologies to promote commerce as the country faces increasing external uncertainties and downward pressure.

The State Council, the country’s Cabinet, outlined 20 measures to help promote consumer spending such as liberalizing car-buying restrictions, encouraging the purchase of new energy vehicles and expanding cross-border e-commerce imports to more cities, according to a document released on Aug 27.

The document said the distribution and consumption sectors still face bottlenecks and have shortcomings in development, such as insufficient supply of goods and services.

It said there is plenty of room for traditional companies to innovate and more efforts are needed to unleash the public’s consumption potential.

The announcement came amid slowing economic growth in China and the mounting Sino-US trade dispute.

China’s economic growth weakened to 6.2 percent year-on-year in the second quarter this year, compared with 6.4 percent growth in the first quarter.

With a focus on key areas and weak links of the national economy, the new plan shows the government’s determination to take more measures to boost growth, and it is also in line with the national economic restructuring away from overreliance on exports and investment to generating growth through consumption and domestic demand, experts said.

“Consumption remains the main driver of growth, contributing 60.1 percent of China’s economic growth in the first half,” said Tang Jianwei, chief researcher at the Financial Research Center of the Bank of Communications. “The key is to use measures to strengthen the weak links and improve people’s incomes. There’s certainly a lot of room for growth in consumption.”

According to eMarketer’s worldwide retail and e-commerce forecast, China is poised to surpass the United States to become the world’s top retail market in 2019. The report said China’s overall retail sales will rise 7.5 percent this year to $5.64 trillion, compared to $5.53 trillion in retail sales in the US.

Tang added that there are two main shortcomings in domestic consumption.

“First, incomes need to grow faster. Second, household consumption is rising and demand for high-quality goods and services is growing. However, there is still insufficient domestically made high-end products and services to meet demand.”

With a key focus on the weak links, the new measures will help fulfill people’s hopes for better lives and promote industrial upgrading in the nation, Tang said.

The State Council’s new measures to promote commerce also include encouraging financial institutions to innovate consumer credit products and services. Dong Ximiao, a researcher at the National Institution for Finance and Development, spoke highly of the move, saying it will help improve service efficiencies, fend off risks and offer better customer experiences.

“China has come to a critical period of upgrading and transformation,” Dong added. “The domestic consumer market is entering a new era driven by technology, high quality and services. The generation born in the 1980s and 1990s has become the main force of consumption, and those born in the 2000s will also become new consumption drivers.”