Google is helping to power a US immigration cloud project, new documents show 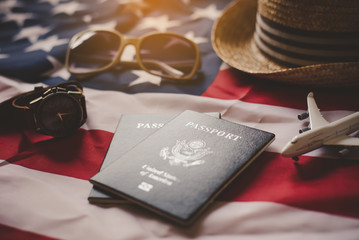 US Citizenship and Immigration Services has a contract for Google services by Colin Lecher theverge.com

Google is facing another internal crisis as employees demand answers from executives on how the company works with US immigration services. Workers have pressed management on whether the company will offer cloud services to Customs and Border Protection (CBP), concerned that their labor could be used to power Trump administration policies.

A NEARLY $750,000 AGREEMENT
But according to documents obtained by The Verge, similar deals are already in place that show how lucrative and lasting those agreements can be. In 2017, a third-party software provider reached a nearly $750,000 deal to provide a Google cloud service to US Citizenship and Immigration Services (USCIS), a branch of the Department of Homeland Security.

The contract was obtained through a Freedom of Information Act request by the activist group Mijente, which has pushed back on tech companies working with US immigration agencies. The document does not directly mention Google, but the contract provides a two-year license for Apigee Edge Private Cloud, part of a Google service for managing APIs. The contract was signed in September 2017, suggesting the service is still in use.

While USCIS is seen as the bureaucratic counterpart to agencies like Immigration and Customs Enforcement (ICE) and CBP, responsible for managing asylum claims and related duties, the agency isn’t without controversy. Earlier this month, after the announcement of a Trump administration policy that would make it more difficult for poorer immigrants to become American citizens, acting director Ken Cuccinelli suggested changing the sonnet etched on the Statue of Liberty to “give me your tired and your poor who can stand on their own two feet and who will not become a public charge.”

USCIS ISN’T WITHOUT CONTROVERSY
The agency has faced a massive immigration processing backlog under the Trump administration, and it has been accused of working increasingly closely with ICE in recent years, including on deportation efforts. Last year, the agency quietly changed its mission statement from securing “America’s promise as a nation of immigrants” to providing immigration benefits “while protecting Americans, securing the homeland, and honoring our values.” More recently, the agency has begun rejecting medical deportation deferrals at an unprecedented rate, a sign of the agency’s more aggressive stance under Cuccinelli.

Google and USCIS declined to answer specifics about the contract, including how the product was used. There’s no evidence that the service was used in connection with child separation or other notably controversial immigration policies. API management could be used for processing benefit claims digitally or any number of straightforward bureaucratic services. But the contract points to a willingness to provide Google services to Trump-era immigration agencies, an idea that some employees have vigorously protested.

USCIS, according to public reports, has also worked with other cloud services, including Amazon’s. While the full scope of the work isn’t clear, Google also appears to offer some services to other immigration agencies. CBP recently noted that its “cloud environment” included services from Google, along with those of other tech companies, although the timing and extent of those services is unclear. Business Insider reported last week that Google had also granted an exception to let CBP try a cloud product free of charge, an apparent sign that Google is pursuing further work with CBP.

GOOGLE EMPLOYEES HAVE RAISED CONCERNS ABOUT WORKING WITH CBP
Inside Google, employees have raised concerns about whether the company will offer cloud services to CBP as part of a major contract under consideration. Saying Google could provide “the infrastructure for mass atrocity,” Google workers released a petition demanding the company not work with CBP or ICE. About 1,500 Google employees have since signed on to the petition.

On Friday, Google unveiled new rules about communication in the workplace that workers worried could stifle employee activism. “The idea that discussion over whether Google does business with CBP and ICE is not related to their work is preposterous,” a former Google employee said after the new rules were unveiled. (Google has responded that there are still ways for employees to make their concerns known.)

Despite the pushback, employees have been concerned about how far Google has already discussed potential work for CBP, according to people familiar with company discussions. So far, Google has declined to say what work it may have done for the project or its potential plans for CBP in the future.