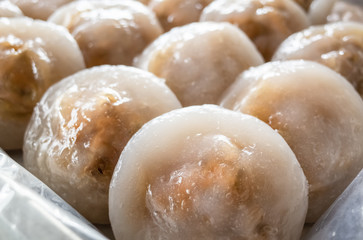 Chile’s data showed that China was the principal destination for its pork exports, receiving 120,000 tonnes of Chilean pork and pork products in the first half of this year.

It is estimated that the value of Chilean pork exports to China will exceed 220 million U.S. dollars this year, more than double that of last year, and the Chinese market will account for more than 30 percent of Chile’s total pork exports.

“Chilean pork entered the Chinese market for the first time about six years ago,” said Dominguez. “At first, the main places of consumption were restaurants in first-tier cities such as Beijing, Shanghai and Guangzhou, and the annual export value was less than one-tenth of what they are today.”

Dominguez attributed the growth to the China-Chile Free Trade Agreement, which entered into force in 2006 and granted Chilean pork market access and zero tariffs.

“It is the growing Chinese market that is driving Chile to become one of the top five pork exporters in the world today,” Dominguez said. “Chinese customers now attach greater importance to health and safety standards and are willing to pay higher prices for quality products. This is an important premise for the continued growth of Chilean pork exports to China.”

According to Dominguez, China is not only a big market with the greatest potential, but also one of the most open and inclusive markets in the world, and its contribution to global economic growth is increasing.

“Global markets are interconnected and interdependent. If a country unilaterally raises tariff barriers for its own benefit, it will directly harm not only its own consumers but also its trading partners, thus adversely affecting consumption and economic growth in the relevant markets,” he said. “Tariff barriers will not benefit anyone, and free trade is indispensable to the development of global markets. The story of Chilean pork exports to China tells us so.”