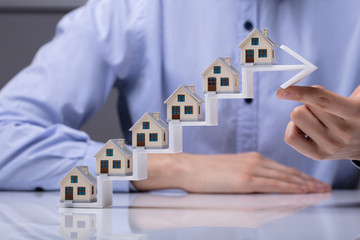 Bulgaria is climbing 11 places to 3rd place in the ranking of the TheMoveChannel.com online portal of the most desirable destination for investment in holiday properties in August.

Bulgaria returns to the top 10 of the overseas property buying sites in 2019 in the UKaplaceinthesun.com rating platform, quoted by the newspaper “Bulgarian News”. Bulgaria ranked ninth place in the chart preceded by Turkey, Florida, Cyprus, Italy, Greece, Portugal, France and Spain. Barbados, also a new country on the list, ranked the tenth place.

“It may be the European Union’s poorest country but Bulgaria is rich in property opportunities. Up to 10,000 UK citizens call this Balkan nation home. Many bought during the early noughties boom years when properties could be snapped up for bargain-basement prices. Developers along the country’s 230-mile Black Sea coast and high up in its emerging ski resorts went wild, snapping up seemingly every spare acre of land to build myriad apartment blocks.” That’s how the article “Time for a New Look at Bulgarian Properties in 2019?” published in aplaceinthesun.com begins. At the moment there are 2434 properties available in Bulgaria.

“A small percentage of British buyers are still looking to buy properties at bargain prices or purchase houses with the intention of moving to Bulgaria permanently,” says Ben Collins of Collins Estates, which specialises in the resale market along the Black Sea coast.

Inquiries to our country increased to just over 5% of all, making it the top 10 for the first time in 9 months.

This is also the best ranking for the country since February 2015.

The main factor that attracts buyers in Bulgaria is the price due to the sharp decline in the exchange rate of the British pound after the Brexit referendum. Macroeconomic stability is also among the attractive factors.

We are going to see whether Bulgaria and Malta will keep their positions in the top 15 of the ranking against the backdrop of growing interest in other European countries, the newspaper said.

The leader in the ranking remains Spain with 10.4% of the queries. The second place is for the US with 4.87% of inquiries. The 4th and 5th places are Portugal and Cyprus.

The top 10 is complemented by Cape Verde, Italy, Indonesia, France and the United Arab Emirates (Dubai).

Brazil, Romania, and Malta are the strongest leaps in the rankings, each with 13 positions to 24th, 18th, and 11th respectively. Malta, for example, is among the top 20 holiday destinations for the first time since August 2018. This is also the country’s best ranking since July 2013.

Meanwhile, Croatia, New Zealand, and South Africa ranked the most in the list — with 16 places down to 23rd, with 15 seats to 30th and 14th up to 40th in the rankings.

At the bottom of the ranking are Kenya, Nigeria, Panama, Austria and the Bahamas with singles

The economic recovery, the improving lending conditions and the transformation of Sofia into a more recognizable tourist destination are the factors that most influenced the luxury property market in the first quarter of 2019. This is written in an analysis of the real estate market in Bulgaria For the first quarter of 2019 of the luxury property consultancy advisor.

By the end of last year, gross domestic product rose by 3.4%, above the EU average, recalled by the company, and incomes are rising steadily. Unemployment declined to 7.6% at significantly lower levels in Sofia. Meanwhile, interest rates on mortgage loans continue to fall, reaching 4.2% for mortgage loans in BGN in February, according to BNB data.

The activity of banks thata are striving to improve lending conditions are beneficial to the luxury property market as they create a positive mood among customers and give them the peace of mind that their purchasing decisions are at the right moment. At the same time, the concentration of a business with a potential for rapid growth in the capital is a good foundation for the development of the luxury property market, writes in the analysis.

Traditionally, the beginning of the year is lower than in the rest of the year and the first quarter of 2019 is no exception as queries and number of deals. Compared to the beginning of 2018, there was a slight decline in survey inquiries, but the number of sales closed over the period is growing, brokers say.

In the first quarter, demand for luxury properties remains primarily for residential purposes, but investment purchases are gaining momentum. Data show that there are about 40% of luxury property deals. Similar is the picture in the mass price segment but at a different ratio.

The company identifies a new group of buyers looking for an investment in whole residential buildings or a group of apartments to run and rent on a hotel basis. Typically, these are foreigners who know this model and see the possibility of its application on the Bulgarian market. The expected return on such investments is 5–6%.

Demand is in the central areas, which are well-backed and secured with infrastructure.

Despite the strong entrepreneurial interest in luxury construction, supply remains weak. Most projects are still under construction and some — even at the stage of buying a plot. A stronger supply of luxury new construction is expected towards the end of the year, which will have a repercussion on the market in 2018.

In the first quarter of 2019 prices in the luxury segment remained stable with expectations for annual growth of around 5%. Most deals are made at a bid price or at a maximum of 5% discount.

The aforementioned increased demand for investment properties is characteristic of a growing market, as is currently the case for Sofia. Unlike in 2015, when home and apartment deals were almost equal, nowadays apartment purchases have a clear predominance. Buyers with a budget of up to 200,000 euros, mainly looking for new construction, predominate. With the restoration of the market, the interest in buying abroad is returning, as there are already deals with luxury properties in Halkidiki, Greece.