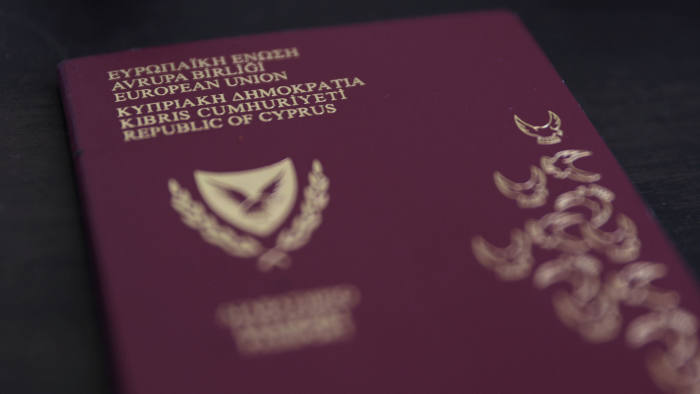 Authorities in Nicosia admitted to past failures in risk assessments

Authorities in Nicosia admitted to past failures in risk assessments and insisted the system had already been toughened as they battled to contain a scandal that has exposed fears about “residence for sale” schemes across the EU.

Nicosia’s announcement comes days after revelations that in 2015 Cyprus gave a passport to Jho Low, who is under criminal indictment in the US over an alleged plot to misappropriate more than $2.7bn from Malaysia’s 1MDB state investment fund. Mr Low, who denies any wrongdoing, is one of the 26 due to lose their nationality, a Cypriot official briefed on the matter said.

Constantinos Petrides, interior minister, said on Wednesday that the country’s council of ministers had “affirmed the will of the government for strict adherence to the terms and conditions” of the initiative. About 4,000 people have gained nationality under the Cyprus Investment Programme, the scheme’s official name.

“If there were nine investment cases, concerning 26 people, among 4,000 applications, it is logical that some would be problematic when controls weren’t strict,” Mr Petrides said. “There were mistakes — it was a mistake not to have criteria, for instance, for high-risk persons.”

The minister wouldn’t name the 26 individuals, but acknowledge the list “also concerned those” mentioned in media reports in connection to the golden passport scheme.

The Cambodians are relatives and associates of Hun Sen, Cambodia’s authoritarian prime minister of almost 35 years, identified in a Reuters investigation last month, the official added.

The Low case has proved particularly embarrassing for Nicosia, since he was given a passport months after serious allegations against him started to appear in the media.

It also emerged that his application had been fast-tracked to waive the normal requirement for seven years of residency — an override that required approval from the cabinet.

Malaysian police claimed on Wednesday that Mr Low had been attempting to buy properties in Cyprus under a different name.

A representative of Mr Low did not immediately return a request for comment.

Mr Low is currently at large and his whereabouts unknown. He agreed last week to a settlement with the US government under which he would forfeit $700m in assets including a Bombardier private jet, high-end properties in London, New York and Los Angeles, and a luxury boutique hotel in Beverly Hills.