The EU budget and the money for Bulgaria 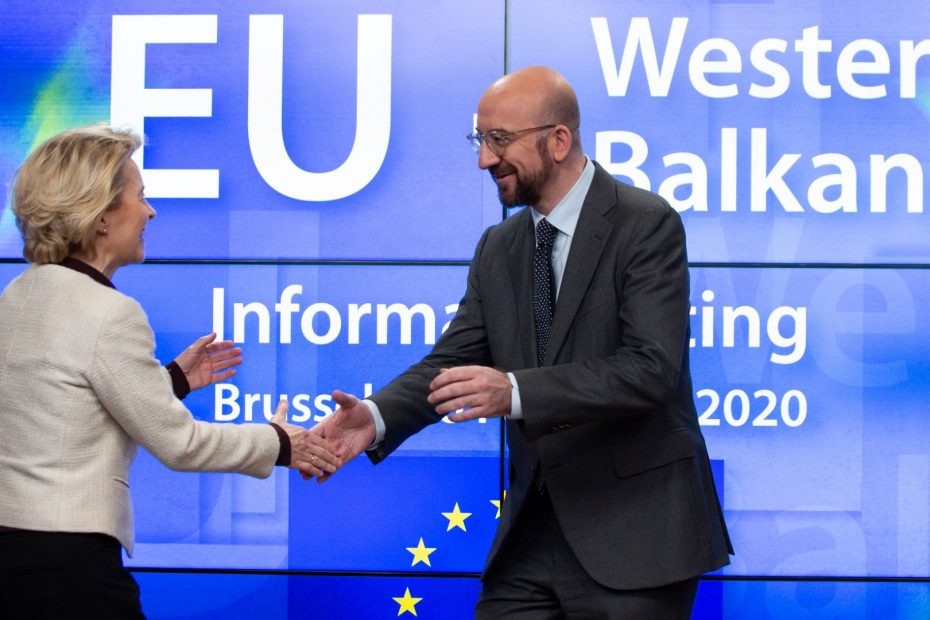 Who pays what and where does the money go?

European leaders and institutions are gearing up for some of the EU’s toughest negotiations of 2020 – agreeing the bloc’s €1.27 trillion ($1.37tn) budget for the next seven years in a post-Brexit landscape.

On Thursday, officials from the now United Kingdom-less 27 member nations meet in Brussels to thrash out a deal on how and where to spend its money from 1 January, 2021 to 31 December, 2027. European Commission president Ursula von der Leyen and head of the European Council Charles Michel have been frenziedly meeting with dozens of heads of states to try and harmonize visions ahead of what a senior EU official has described as “the most difficult negotiations we are facing.”

Things are particularly fraught this time round thanks to Brexit, which leaves an estimated €75 billion ($81bn) funding hole that each member will have to help plug. “We are fighting ferrets in a sack,” one EU diplomat has admitted.

So drawn-out are the discussions expected to be, there is no official end date for the budget meetings. Many attendees foresee an infamous ‘four shirter’, a phrase used by male diplomats to measure the length, and arduousness, of such summits.

The UK’s divorce bill will fill some of the shortfall in the short-term, but the exit of one of the EU’s biggest net contributors begs the question of who will lose out as the bloc adapts to a smaller Europe.

How the funds are spent? How does the budget work?

The budget – the so-called multi-annual financial framework – is funded primarily by contributions from member states, import duties and fines on companies playing fast and loose with EU competition rules.

The common pot for the EU’s long-term projects from agricultural subsidies, to border security and other programs to keep the bloc buoyant, it outlines how the 27 member states will spend and distribute its money. The multi-annual financial framework also serves as the EU’s primary method for funneling money into cohesion funds (the cash dedicated to supporting its poorest members and leveling economic disparities among member nations).

Without agreement before the end of the year, everything risks grinding to a halt.

Three-quarters of the budget has historically gone into natural resources (such as fishing policies and the Common Agricultural Policy) as well that cohesion policy, with a further 13 percent aimed at promoting “competitiveness for growth and jobs” across the bloc, often in those same poorer regions.

This leaves only a fraction of the budget to cover the EU’s remaining long-term costs; asylum and migration programs, borders and internal security, international aid and development contributions, administrative demands and compensation to countries deemed to be paying in more than they are receiving.

Which countries were net contributors and net receivers of money in the 2018 EU budget? What are the main fault lines?

While there is a vast array of issues to be nit-picked over as member states fight their corners, there are three main areas of dispute currently driving the negotiations.

First, there is the question of the overall budget number and percentage input. The current multi-annual financial framework (2014-20) was originally cast at €1,033 billion back in 2012, 1.08 percent of the EU’s gross national income, but was later dropped to 1.03 percent, some €959.51 billion .

For 2021-27, the European Commission has proposed an increase to 1.11 percent of EU’s gross national income, causing uproar from wealthier countries who already consider themselves to be financially carrying the union. European Council president Charles Michel has toured Europe’s capital cities to propose a 1.07 percent of gross national income middle-ground to split the difference.

Second, a large number of states that benefit from EU spending are set on keeping the same level of funding. With lower direct payments and calls for more regional funds as the EU has expanded, the three-quarters purse for both agriculture and cohesion payments could be trimmed to make room for other projects.

This could come in the guise of the third budget fault-line, modernizing the EU. There is growing political pressure to use the framework to tackle growing contemporary policy concerns, such as increasing migration, switching to a digital economy, and protecting against future economic crises.

For EU chief Von der Leyen, however, the most important issue is realigning its economy to deal with the climate emergency and take the bloc carbon-neutral by 2050. She has proposed that up to 50 percent of the upcoming multi-annual financial framework be displaced from the EU’s cohesion fund to pay for her signature “green deal,” the Sustainable Europe Investment Plan, which is estimated to cost around €1 trillion ($1.08tn) over 10 years.

The ambitious program, has annoyed some of Europe’s more carbon-reliant members, particularly Poland and Hungary, who see the displacement of money from funding the EU’s poorer regions as unacceptable.

Germany is determined not to come out of talks looking worse than the French, according to one EU official (Credit: Reuters)

Who are the warring factions?

The Frugals or “One Percenters” – The Netherlands, Austria, Sweden and Denmark’s proudly self-appointed nickname. They are among the EU’s biggest net payers and are insisting on a budget of no more than 1 percent of the EU’s gross national income. They say the proposed €90 billion ($97bn) cuts to agriculture and cohesion funding aren’t enough.

France – As one of two dominant EU economies with Germany, what France says matters. Paris cares about how much money goes to its farmers and little else, according to one EU official.

Germany – Determined not to come out of talks looking worse than the French, according to the same official.

Where are negotiations at right now?

In the hopes of setting the stage for Thursday’s extraordinary summit, European Council chief Charles Michel produced a 53-page document on Friday that outlines how the EU’s top bodies are attempting to reach a compromise.

But despite its release on Valentine’s Day, the document appears to have received little love from the bloc’s different factions: European parliament head David Sassoli went so far as to say the “unsatisfactory” proposal “risks leaving Europe lagging not only behind its own objectives, but also other actors on the international scene, such as China and the US.”

Michel’s plan, capped at around €1.1 trillion ($1.19tn) over seven years (1.074 percent of the bloc’s gross national income), includes cuts to both regional aid and agricultural spending, the latter down by €53 billion ($57bn) from the last budget.

This has invoked the ire of two of the EU’s biggest blocs, its farming-heavy nations, particularly France and Spain, and member states predominantly in the south and east that depend on regional development funding.

Michel is trying to placate the latter group by making cohesion funding more flexible and rejigging some of the money away from the EU’s richer regions to its poorest.

France’s premier Emmanuel Macron has said “a Europe with a budget of around one percent doesn’t really have a policy,” while Dutch Prime Minister Mark Rutte wants to “keep a tight rein on spending.” (Credit: AFP)

He has also nodded to the European Parliament, who threatened to veto the budget plan last week, by pushing ahead with new ways to free up more cash from outside the budget, including the so-called plastics and eco taxes.

Another method to keep Parliament happy has been a suggested increase in the capital held by the European Investment Bank by €100 billion ($108bn) with the hope of mobilizing loans to invest in the response to the climate crisis and moving to a digital economy.

Net contributors Germany, Denmark, the Netherlands, Austria and Sweden have been pacified to some extent by the proposals because, instead of having their rebates abolished, they will be gently faded out over the seven-year period.

However, the overall budget cap of 1.074 percent was already rejected six months ago when it was proposed under Finland’s presidency of the union, with both Germany and the Netherlands having balked at the figure since Friday.

“As one of the biggest net contributors, the Netherlands believes the EU should keep a tight rein on spending: clear choices must be made,” tweeted Dutch Prime Minister Mark Rutte.

But with France’s premier Emmanuel Macron saying earlier in the month, “a Europe with a budget of around one percent doesn’t really have a policy,” and the One Percenters closing ranks, Thursday’s budget meeting is set to be a bumpy ride.