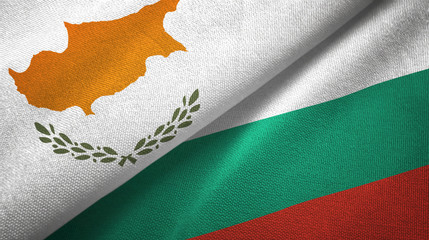 Anastasiades was wrapping up a two-day official visit to Bulgaria during which three new Memorandums of Understanding were signed in addition to the 30 bilateral agreements Nicosia already has with Sofia in a wide range of areas, such as avoidance of double taxation, agriculture, health and trade.

In his address to a joint business forum in Sofia, organised by the business associations of the two countries, and Cyprus’ ministry of energy, commerce and industry, Anastasiades said Cyprus remained one of the largest investors in Bulgaria, with Cypriot investments exceeding €2bn.

He lauded the recent establishment of the Bulgarian-Cypriot Business Association “which will undoubtedly assist in the efforts to create mutually beneficial economic synergies, facilitating networking between the businessmen of the two countries,” he said.

“Significant prospects are also found in the tourism sector,” Anastasiades said, adding that some 50,000 Cypriots have visited Bulgaria in the last five years, while 20,000 Bulgarians had holidayed on the island.

“The prospects and opportunities for further development of our partnerships are not limited to the specific areas I previously mentioned but they extend to other areas of common interest, including, energy, shipping, education and research and innovation,” he said.

Bulgarian President Rumen Radev also addressed the forum. Speaking through an interpreter, he said that further strengthening bilateral relations between Cyprus and Bulgaria was a common goal of the two countries, particularly in the areas of energy, economy and tourism.  “Cyprus is an important partner of Bulgaria,” Radev said. He said there was a steady trade between the two countries but there was also room for improvement in the commercial and investment sectors. He also spoke of bilateral co-operation in joint ventures, technology, investment and start-ups.

The forum was also addressed by officials from both the Cyprus and Bulgarian Chambers of Commerce and Industry. A Memorandum of Cooperation was also signed between the business associations of the two countries.