BULGARIA’S SUNNY BEACH IS THE CHEAPEST DESTINATION IN THE WORLD 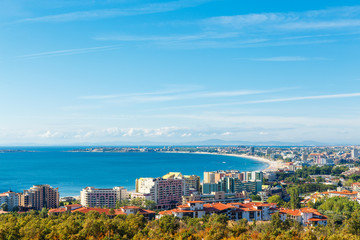 The Cheapest Travel Destinations In 2020 Have Been Named regarding The Travel thetravel.com.
After collecting data from various tourist boards and comparing prices across 42 destinations, the Annual Holiday Money Report for 2020 has been published and the results are in. The world’s cheapest destinations, where you will get the most value for your money, have been named. Check them out below.

The cheapest destinations in the world have officially been ranked by Post Office Money’s Annual Holiday Money Report and it looks like Sunny Beach in Bulgaria takes the top spot. The resort situated on the coastline of the Black Sea is the ultimate vacation destination, offering visitors a myriad of things to see and do ranging from nightlife to water sports.

There’s something for every kind of traveler at Sunny Beach, whether you’re in the market for a relaxing holiday with plenty of chances to soak up the sun’s rays or an action-packed adventure trip. Among the outdoor activities on offer at Sunny Beach include paintball, go-karting, and a water park with a collection of thrilling slides.

For the history enthusiasts, Sunny Beach is located nearby the historic town of Nessebar. Here, you’ll find an archeological museum displaying fascinating exhibits of ancient pottery and other artifacts, along with the town’s famous ancient ruins.

WITNESS THE WONDERS OF TURKEY IN MARMARIS

Why pay top dollar for a beach-style vacation when several of the world’s most relaxing resort towns have been rated as the cheapest travel destinations of 2020? Situated in the sunny Turkish Riviera, Marmaris is one of the hidden gems of the Mediterranean. It has all the bells and whistles of your average popular European resort town: think a bustling seafront promenade and a beach adorned with pebbles.

One look at the pristine ocean and you’ll understand why this area is sometimes referred to as the Turquoise Coast. Fans of water sports will never run out of things to do in Marmaris, which is known for its sailing and diving opportunities.

The resort town is dotted with all sorts of accommodation, from the very cheap to the pricier. Thanks to the selection of water parks on offer, it is an ideal choice for an affordable family getaway in Europe.

TOKYO IS SURPRISINGLY AFFORDABLE IN 2020

Japan has been traditionally thought of as being one of the world’s more expensive destinations, particularly when compared to the rest of Asia. But Tokyo has been named one of the world’s cheapest spots. While it’s possible to part with a lot of money in the Japanese capital, it’s also true that your money can go a long way. And there are plenty of ways to do Tokyo on the cheap.

When choosing accommodation in Tokyo, it’s best to spend months shopping for the best deals as the prices can often fluctuate greatly. In terms of saving on Tokyo accommodation, it also helps to avoid traveling during peak times of the year including New Year, late April to early May, and mid-August.

You can also save money on food in Tokyo by eating at stand-and-eat noodle bars called tachigui, which you’ll find in and around train stations.

ALGARVE, PORTUGAL IS PARADISE ON EARTH

Most seasoned travelers rave about Portugal, and as it turns out, its southernmost region of Algarve has officially been ranked as one of 2020’s cheapest travel destinations. The region is known for its landscape of cliffsides containing hotels, bars, and villas overlooking the central coast.

The climate is one of the most enticing aspects of Algarve, where there is almost constant sun. With fewer crowds than other summer destinations in Europe, this inexpensive jewel is slightly off the beaten path and well worth visiting.

Algarve is blessed with a stunning natural landscape and is ideal for exploring. There are countless hidden coastal caves and untouched patches of coastline that are waiting to be discovered. From car rentals to hotels, there are affordable options here for those on a budget.

While popular Spanish destinations, such as Barcelona, may be beautiful and full of world-renowned sights, they’re also crowded and expensive. Consider swapping Barcelona for the more affordable (and less busy) Costa del Sol in Andalusia, in the country’s south.

The area is packed with pristine beaches, enchanting small towns and villages, and rural valleys. For those interested in witnessing the splendor of nature, be sure to check out the El Torcal nature reserve, which is home several collections of fascinating rock formations.

Although there also high-end options are far as accommodation and dining choices go, Costa del Sol has been named one of the world’s cheapest travel destinations for 2020 and is perfect for those wishing to take in the wonders of Spain on a budget.