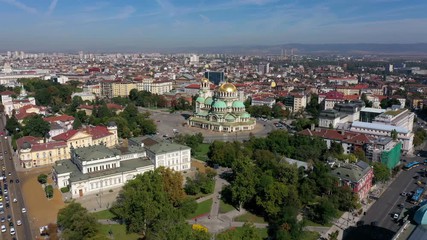 BUCHAREST, May 19 (Xinhua) — Romania has not reached an agreement with Greece, Bulgaria and Serbia to ease travel restrictions among them following a quadrilateral video conference, as the country has a specific epidemic situation and will focus on domestic tourism this year, Romanian Economy Minister Virgil Popescu said on Tuesday.

Romanian Prime Minister Ludovic Orban attended an informal meeting earlier in the day, with his Bulgarian and Greek counterparts and Serbian president, respectively, as the four leaders discussed possible future measures to ease travel restrictions among the four states.

Popescu told local media after the meeting that his country would focus on domestic tourism this year, mentioning as well the current epidemic situation, which must be assessed at the weekend, one week after the end of the state of emergency.

According to him, Romania would talk about tourism in June, only if it would have a positive evaluation for this week and next week, in the sense that the number of infections would remain within normal limits.

The official specified that the position of the government is a prudent one and Romania must wait for more relaxation.

Regarding the concerns of officials from the other three neighboring countries for fluid traffic, he said the safety of Romanian citizens is more important than launching a traffic situation that is not well assessed.

At the video conference, which was also attended by the ministers of interior, foreign affairs, tourism, health and transport of the four countries, Bulgaria, Greece and Serbia reached an agreement to allow tourists from the three countries to travel without a quarantine period of 14 days, from June 1.