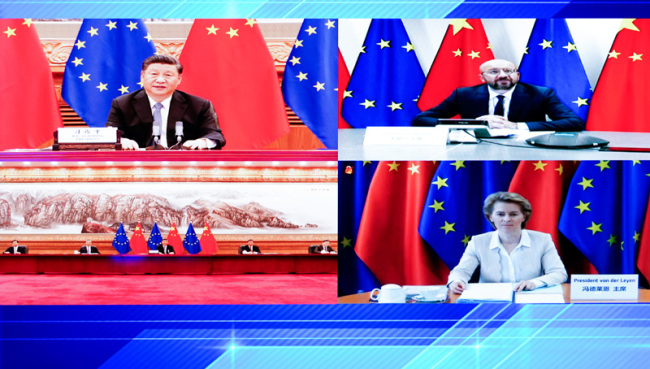 During their 45-year history, China-EU relations progressed remarkably in quantitative terms but now, they require deeper political coordination to amplify the ripples of economic forces. Sustaining China-EU cooperation will be ever so important for the world’s economic recovery after COVID-19 as the two sides account for one-third of global GDP and conduct bilateral trade of over €1 billion per day.

To stabilize China-EU relations in uncertain times, President Xi Jinping and Prime Minister Li Keqiang held talks with President of the European Council Charles Michel and President of the European Commission Ursula von der Leyen at the 22nd China-EU summit which took place via video conference. The bilateral achievements and challenges discussed at the summit indicated that a number of qualitative adjustments will be necessary to deepen China-EU ties in the coming years.

In battling COVID-19, China and the EU demonstrated mutual respect and joint commitment to international cooperation, exchanging supplies as well as expertise during the pandemic’s high tide. This discussion set the stage for finding common ground at the summit, after which Charles Michel reiterated the commitment of both sides to seeking development and global deployment of a COVID-19 vaccine, jointly assisting third-party states with weaker healthcare systems and improving global public health. When China and the EU work together, they can indeed strengthen each other’s global standing and enact positive change around the world.

Unfortunately, EU representatives took an overly-assertive stance on some subjects. Most notably, earlier this week the European Parliament cornered the European Commission and the European Council into voicing criticisms of the new national security law for Hong Kong at the summit. This internal institutional conflict is simply unproductive – the security interests of mainland Europe in South Asia ended decades ago with the defeat of French forces in 1954 and it has neither a strong presence, nor strong interests in the region.

From an economic and diplomatic perspective, the EU must avoid basing its rhetoric on external pressure from the US, especially in light of the waning transatlantic security alliance. Europe should deepen and diversify its engagement with rising global powers and regard China as a higher-level priority.

Combining economic cooperation with political coordination can yield considerable mutual benefits for both China and the EU. One notable example was showcased in the press conference after the summit when Ursula von der Leyen announced that the two sides “will soon be in a position to sign” a landmark geographical indications agreement which had been touted for months. In economic terms, this comes much to the delight of food and drinks producers on both sides; in political terms, it brilliantly exemplifies the possibility of seeking innovative engagement which sets the two sides on a course of joint development, rather than competition. Where there is a will, there is a way. 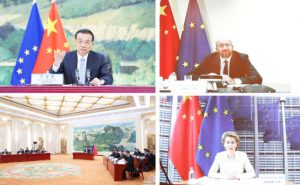 Taking cue from this success story, China and the EU can considerably accelerate their cooperation through pushing forward the proposition of a bilateral investment agreement which has been in negotiation since 2014. Earlier this year, Head of the Chinese Mission to the EU Zhang Ming rightly encouraged a new round of talks which took place between May 25 and 29 and resulted in both sides acknowledging progress. Chinese and European leaders addressed this proposition at the highest political level during the summit which is a promising move that suggests further developments are to come later in the year.

Ensuring the interests of both sides are protected will require tough talks over the summer but it can pay off by propelling deeper coordination in designing a shared China-EU agenda for the coming years. A well-crafted bilateral investment agreement can further serve as an opportunity to allocate the benefits of economic engagement with China more equitably across European states, simultaneously unifying their diplomatic stances and promoting internal unity within the EU.

A key pillar of China-EU relations in the coming years should be seeking cooperation on climate change, especially through the promotion of a cleaner and greener energy industry. From a historical perspective, it is in the DNA of the EU to seek energy policy coordination while the US withdrawal from the Paris Agreement handed China an opportunity to become the next global leader on countering climate change.

As demonstrated during the COVID-19 pandemic, China and Europe grow stronger together when they stand against natural forces that threaten the future of humanity and the planet. Containing pandemics and tackling climate change are global challenges that require a commitment to the universal value of protecting human life – which China and the EU already share. Cooperating on these issues is thus a rare but precious opportunity for China and Europe to align in terms of shared values as well as political and economic interests.

If managed correctly, a strong China-EU relationship can improve the global standing of both parties. The quantitative fundamentals are present, now it is time to make qualitative adjustments after COVID-19.

Note: Ivo Ganchev is Adjunct Professor of Global Leadership at Beijing Union University and Lecturer at Queen Mary University of London. He conducts research on Chinese engagement with the Global South, European affairs and Latin American integration at Peking University.