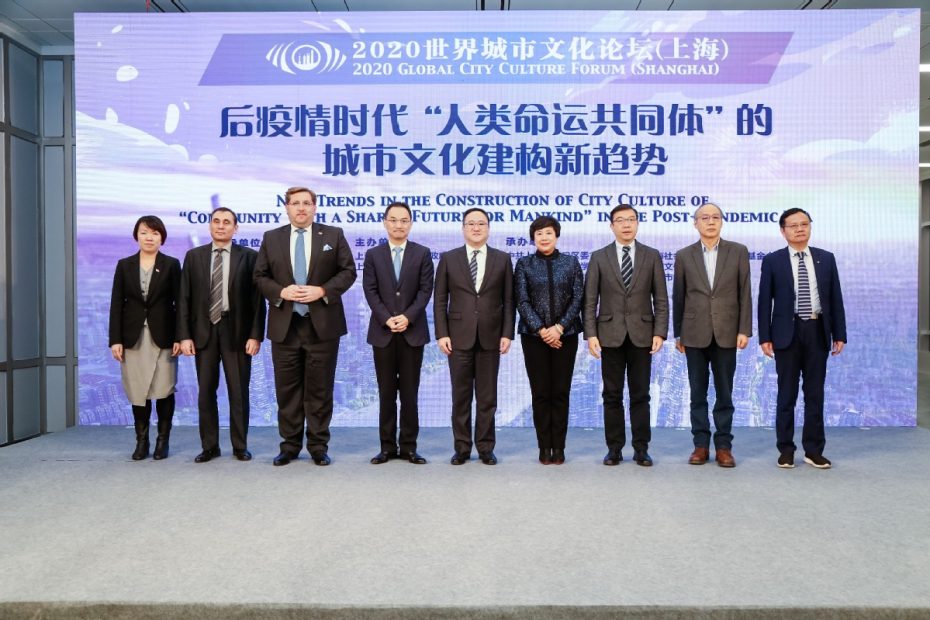 More than 100 consular officers, diplomats, and scholars from the fields of culture, art, and literature around the world gathered offline or through video linkup for the 2020 Global Cities Culture Forum (Shanghai), which was held in Shanghai on Tuesday.

Among the guests were important foreign officials from countries including Bulgaria, the United Kingdom, France, Italy, Singapore, Switzerland and Austria.

During the forum, the participants shared their viewpoints and research results on the inheritance of cultural heritages in cities, the formation and application of a city’s cultural brands, and online cultural venues in the post-pandemic era.

Red culture, the new economy and the high-quality, integrated development of the cultural industry in the Yangtze River Delta region were also discussed at the forum jointly hosted by Shanghai’s Hongkou district government and the Shanghai Academy of Social Sciences.

“In light of the global economic and political orders undergoing accelerated adjustments in the post-pandemic era, this forum is intended to provide support to regional economic and social developments and cities’ cultural construction by collecting wisdom,” said the forum hosts.

“We aim to help cities grasp possible opportunities for economic growth, social governance, urban construction and cultural development during this special time to accelerate high-quality development of societies and help bring social life and international exchange back to normal.”

Officials from Hongkou district, where the forum was held, said that the district is aiming to become a new benchmark for urban development in the new era and a region where new development theories can be put into practice, an official said.