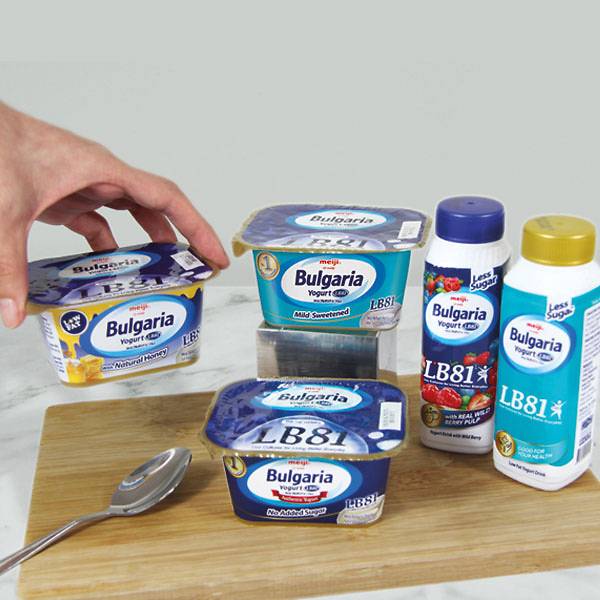 Often referred as the homeland of yogurt, Bulgaria yogurt has had a long relationship with the popular health food. Yogurt is believed to date back to the ancient times when nomads would carry sheep’s milk in animal skins, kickstarting a fermentation process with their body heat.

But it was only in the early 1900s that Bulgarian doctor Stamen Grigorov pinpointed a specific rod-shaped bacterium causing the fermentation, which was eventually named lactobacillus bulgaricus.

The status of the humble everyday food was elevated when further research found that it is beneficial to health. Studies conducted by scientist, Nobel Prize-recipient Ilya Metchnikoff, would later link the longevity and good health of centenarians in Bulgaria to consuming traditional homemade yogurt containing lactobacillus bulgaricus on a daily basis.

His pioneering research paved the way for more research into “good” bacteria and its effects on the human body, including improved gut health.

How did Bulgarian-style yogurt later become so popular in Japan, which has one of the longest life expectancies in the world?

According to Meiji’s spokesperson, it all started when Meiji’s staff visited the Bulgaria Pavilion at the Osaka Expo in 1970 and got a taste of the authentic plain Bulgarian yogurt there.

“We wanted to reproduce the same authentic taste, and so we researched the samples we brought back, repeated trial production and visited Europe many times,” the spokesperson said.

A year later, Meiji Plain Yogurt was released as Japan’s first plain yogurt. The following year, Meiji obtained permission to use the country name of Bulgaria and officially changed the name of the yogurt to Meiji Bulgaria in 1973.

And the rest, as they say, is history. Meiji Bulgaria went on to kickstart its journey to becoming the top yogurt brand in Japan in 1996 when it was licensed by the Ministry of Health, Labour and Welfare to label foods for specified health uses, said its spokesperson.

According to Meiji, the process of handling yogurt is a delicate affair as lactobacillus is a living organism. The secret behind Meiji Bulgaria’s melt-in-the-mouth curdy texture is the use of the Bulgarian traditional method where the yogurt is carefully fermented in its individual cup using strict fermentation temperature and time.

“In the production plant, we have to be careful about everything, from machine calibration to handling,” the spokesperson said. “Plant workers are meticulous even with the basics, such as the type of clothing worn and the washing of hands. The requests and feedback we receive from customers are shared throughout the plant to increase our awareness of quality management.”

A specially-designed packaging helps retain the shape and structure of the yogurt, making it enjoyable even after several mouthfuls. Meiji Bulgaria’s yogurt does not contain additives such as sugar, stabilisers and artificial flavouring.

According to Meiji, consuming yogurt on a regular basis as part of a healthy lifestyle and diet can help to support a healthy gut. Video: CP-Meiji

Should your cocktail carry a cancer warning?

Research studies on LB81 conducted by Meiji has found several benefits, including improved gut health and bowel movements. It has also been linked to improved cholesterol levels.

For example, a study done in collaboration with Showa Women’s University looked at the effects of ingesting Bulgarian yogurt on faecal bifidobacterial.

The researchers found that consuming Bulgarian yogurt was shown to increase faecal bifidobacteria, which is associated with improved intestinal microbiota. The study was published in the Japanese Journal of Nutrition and Dietetics in 2013.

Increasing evidence also links good gastrointestinal health to a well-functioning immune system. According to Meiji, consuming yogurt on a regular basis as part of a healthy lifestyle and diet can help to support a healthy gut, thereby optimising the immune system to fight and fend off infections.

One way of incorporating Meiji Bulgaria yogurt into your diet is to simply combine it with fruits, nuts and whole grains. You can find many creative recipes for healthy yogurt bowls online, and this creamy, pudding-like dish is a staple in many modern cafes as well.