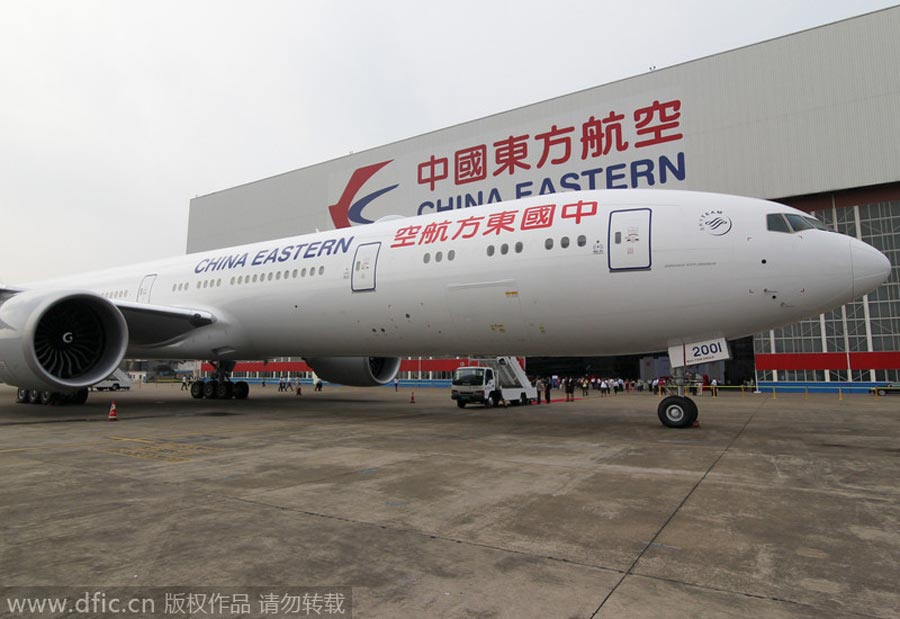 China Eastern Airlines has taken delivery of its first Boeing 777-300ER. The new airplane is the first of 20 that China Eastern has on order.

“We are delighted to introduce our first 777-300ER in China Eastern’s new look in celebration of the 10th anniversary of the 777-300ER program,” said Liu Shaoyong, Chairman of China Eastern Airlines. ”

The delivery not only marks a milestone in the long-standing business relationship between China Eastern and Boeing, but also signals the modernization of our world-class fleet and the enhancement of the competitiveness of our trans-Pacific routes.”