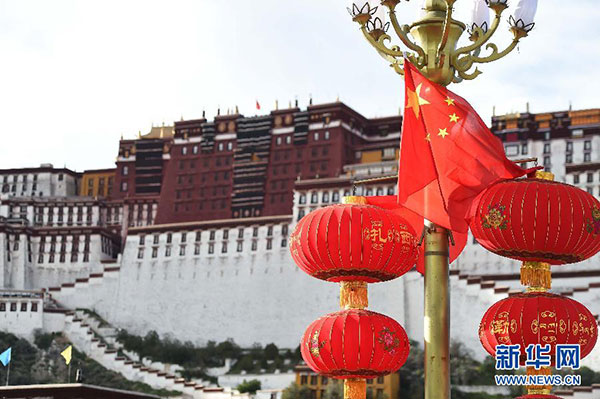 LHASA – Top Chinese political advisor Yu Zhengsheng called for strict adherence to the law in managing religious affairs in Tibet, in a speech marking the 50th anniversary of the founding of the autonomous region on Tuesday.

“Law-based governance is fundamental to the long-term stability of Tibet,” said Yu, chairman of the National Committee of the Chinese People’s Political Consultative Conference. He called for improvements to be made to local laws in light of local conditions and for more publicity to raise awareness of the law.

“Religious Affairs should be managed according to law; problems should be addressed through legal thinking and judicial means; and the good order in the worship of Tibetan Buddhism should be maintained,” said Yu.

He said policing of separatism must also be done legally.

Freedom of religious belief has been fully respected and protected in Tibet over the past 50 years, according to the political advisor.

Law-based governance in Tibet was also highlighted in a speech by President Xi Jinping last month.

Chinese central authorities also sent a congratulation message for the 50th founding anniversary of the Tibet autonomous region on Tuesday, stressing the Communist Party of China’s (CPC) leadership is the only way for Tibet to realize real autonomy.

“Only by sticking to the CPC’s leadership and the ethnic autonomy system, can Tibetans be their own masters and enjoy a sustainable economic development and long-term stability,” according to the message sent by the CPC Central Committee.

Tibetan people must adhere to the Party’s strategy of governing Tibet, and take national unity, ethnic solidarity as major tasks to ensure national security and Tibet’s long-term stability, it read.