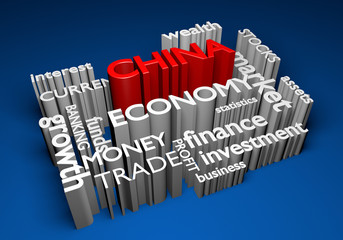 Reagrading the EUROPEAN COMMISSION STAFF WORKING DOCUMENT ON SIGNIFICANT DISTORTIONS IN THE ECONOMY OF THE PEOPLE’S REPUBLIC OF CHINA FOR THE PURPOSES OF TRADE DEFENCE INVESTIGATIONS. This document corrects document SWD(2017) 483 final of 19.12.2017.

This report has been prepared by the Commission Services for the purposes of point (c) of Article 2 (6a) of Regulation (EU) 2016/1036 of the European Parliament and the Council of 8 June on protection against dumped imports from countries not members of the European Union, as amended by Regulation 2017/2321 (‘Basic Regulation’ or ‘Regulation’).
Point (c) stipulates:
(c) Where the Commission has well-founded indications of the possible existence of significant distortions as referred to in point (b) in a certain country or a certain sector in that country, and where appropriate for the effective application of this Regulation, the Commission shall produce, make public and regularly update a report describing the market circumstances referred to in point (b) in that country or sector. Such reports and the evidence on which they are based shall be placed on the file of any investigation relating to that country or sector. Interested parties shall have ample opportunity to rebut, supplement, comment or rely on the report and the evidence on which it is based in each investigation in which such report or evidence is used. In assessing the existence of significant distortions, the Commission shall take into account all the relevant evidence that is on the investigation file.
The Basic Regulation defines in relevant part, i.e. point (b) of Article 2(6a), significant distortions as follows:
(b) Significant distortions are those distortions which occur when reported prices or costs, including the costs of raw materials and energy, are not the result of free market forces because they are affected by substantial government intervention. In assessing the existence of significant distortions regard shall be had, inter alia, to the potential impact of one or more of the following elements:
– the market in question being served to a significant extent by enterprises which operate under the ownership, control or policy supervision or guidance of the authorities of the exporting country;
– State presence in firms allowing the State to interfere with respect to prices or costs;
– public policies or measures discriminating in favour of domestic suppliers or otherwise influencing free market forces;
– the lack, discriminatory application or inadequate enforcement of bankruptcy, corporate or property laws;
– wage costs being distorted;
– access to finance granted by institutions which implement public policy objectives or otherwise not acting independently of the State.
3. This report examines the existence of significant distortions in the People’s Republic of China (‘PRC’) that are relevant under the Basic Regulation. It comprehensively approaches this topic from three different angles.
First, it examines the core features that give the Chinese economy its current shape and structure (Chapters 2 to 8). These include the very concept of a ‘socialist market economy’ as embodied in the Constitution of the People’s Republic of China (‘Constitution’)1 and other laws, the role of the Chinese Communist Party (‘CCP’, or ‘Party’) in relation to the economy, the extensive system of plans issued and followed up by various levels of government under the leadership of the CCP, the extensive State-owned sector with its numerous State-owned enterprises including the various supervision and control mechanisms, the financial market, the procurement market and the system of investment screening. All these topics are closely interlinked.
The overall picture that emerges concerning the framework in which economic activity takes place in China is one where the State continues to exert a decisive influence on the allocation of resources and on their prices.
The second part (Chapters 9 to 13) covers the various factors of production. It looks in detail into the provision of land, energy, capital, material inputs (e.g. raw materials) and labour in China. The approach here is horizontal. In other words, the focus is on the situation in general in China with regard to the factors of production.
The analysis shows that the allocation and pricing of the various factors of production is influenced by the State in a very significant manner.
The third part (Chapters 14 to 17) examines a number of sectors. These include steel, aluminium, chemicals and ceramics. The sectors have been selected because they are the ones that have featured most in the EU’s anti-dumping investigations since the conclusion of the Uruguay Round. Taking the perspective of individual sectors allows a closer look at the specific rules and dynamics in that sector, but this examination also echoes the findings in the preceding two parts, i.e. the significant distortions resulting from the specific features of the Chinese economy and those found in relation to the various factors of production.