THIRD PLENUM DECISION of the People’s Republic of China CCP 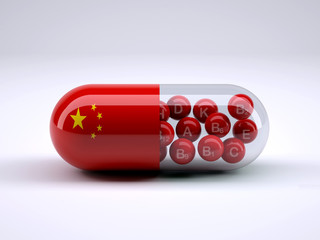 THIRD PLENUM DECISION of the People’s Republic of China CCP

In November 2013, at the Third Plenum of the 18th Party Congress, the Chinese leadership announced that it would undertake a comprehensive reform programme.
In the Decision of the Central Committee of the Communist Party of China on Some Major Issues Concerning Comprehensively Deepening the Reform (‘the 3rd Plenum Decision’), leaders stated that ‘economic system reform is the focus of deepening the reform comprehensively’ and that ‘the underlying issue is how to strike a balance between the role of the government and that of the market, and let the market play the decisive role in allocating resources and let the government play its functions better’.11
The 3rd Plenum Decision contained 60 reform proposals, affecting almost all parts of the Chinese economy. It included proposals for the deepening of the reform of the administrative examination and approval system, calling for the elimination of examination and approval in areas where the market can effectively regulate itself.
On the other hand, the 3rd Plenum Decision reaffirms that ‘the basic economic system with public ownership playing a dominant role and different economic sectors developing side by side is an important pillar of the socialist system with Chinese characteristics and is the foundation of the socialist market economy’. While this apparent contradiction can be interpreted in a number of ways, it would appear to reconfirm that despite the promises of market-oriented reforms, the basis – a dominant role of state ownership – would remain the same.
To date, implementation of the market-oriented reforms has been assessed by many analysts as inconsistent and selective. The focus has been mainly on rebalancing the Chinese economy into new sectors and technologies rather than to rebalance the role of the State and the market.

Reagrading the EUROPEAN COMMISSION STAFF WORKING DOCUMENT ON SIGNIFICANT DISTORTIONS IN THE ECONOMY OF THE PEOPLE’S REPUBLIC OF CHINA FOR THE PURPOSES OF TRADE DEFENCE. The Whole document you could find here

Tags:THIRD PLENUM DECISION of the People's Republic of China CCP