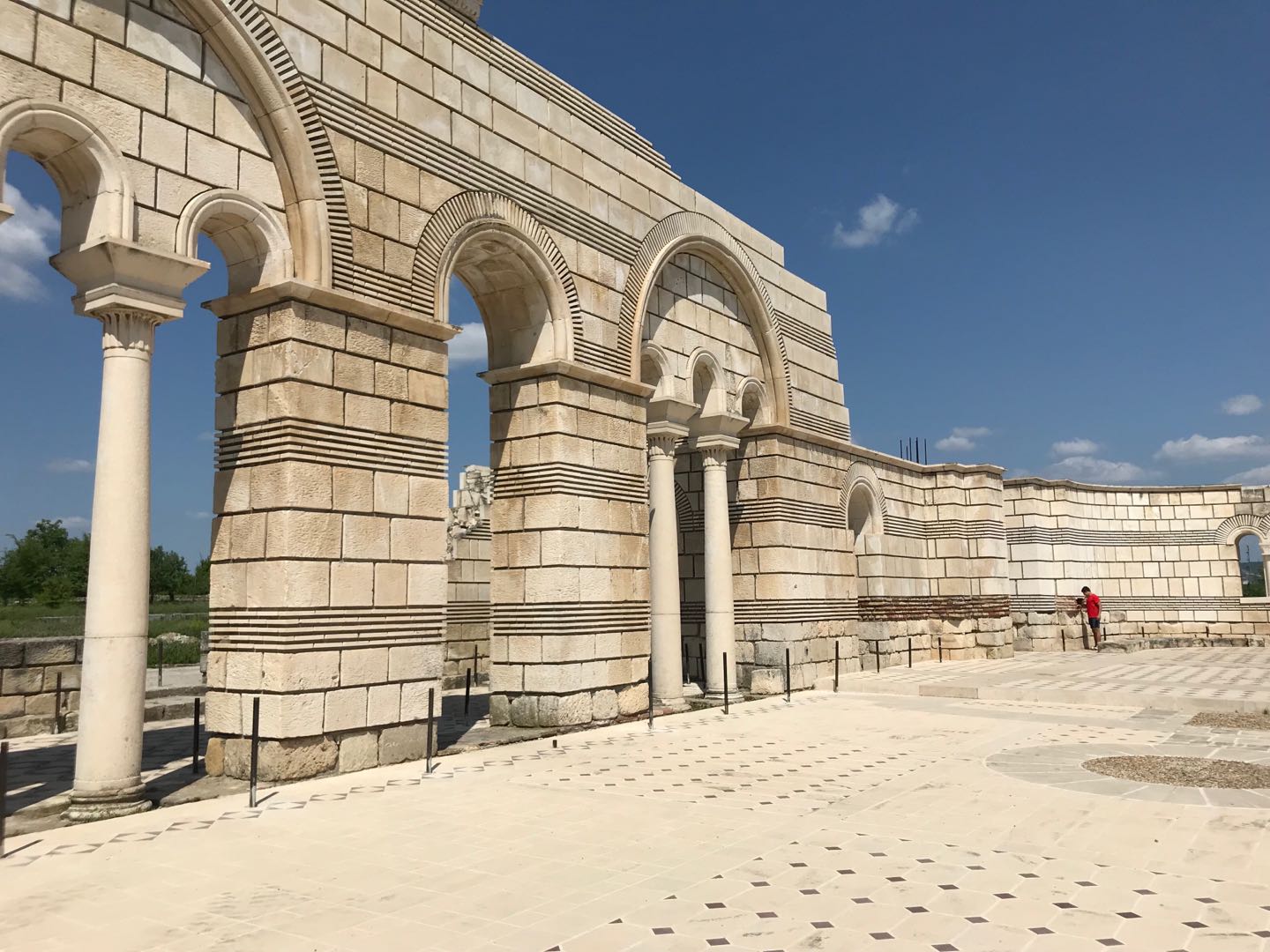 Roughly 29 km from Shumen and just 2 km from present-day Pliska are the remains of Bulgaria’s first capital. Pliska was the capital of the First Bulgarian Empire, from 681-893. The Pliska National Historical and Architectural Reserve was declared an important national cultural and historical landmark in Issue № 46 of the State Decrees for 1970.

The location of the capital was not chosen at random – the valley surrounded by the hillsides of neighboring plateaus appealed to the proto-Bulgarians as a favorable place to pasture their herds. The location was also at an intersection of major thoroughfares.

The first structures at Pliska date from the end of the 7th century. They were made of wood and either circular or rectangular. Some were living quarters, while others served different purposes. The first palaces were surrounded by fortified walls and in the surrounding fields villages were built to house workers. At the end of the 8th century and at the beginning of the 9th century, buildings made of stone replaced those made of wood. It is thought that the first stone structure was the palace of Han Krum. In 811, the capital was razed by the Byzantine Emperor Nikifor.

The imperial compound at Pliska was rebuilt during the reign of Omurtag (814-831). A new throne room was built where the throne room of Krum had been before it was burned down, and a high brick wall was erected around the palace and the adjoining living quarters and fields. When Bulgaria accepted Christianity in 864 under King Boris I (reign 852-889), Pliska also underwent changes – the pagan temples were rebuilt as Christian churches and new churches were built. The most impressive of those was The Great Basilica, remains of which can still be seen today. In 889, King Boris established a monastery, and its first prelate was the king’s oldest son Vladimir (Rasate). However, when Vladimir attempted to re-introduce paganism he was blinded and imprisioned in a dungeon. In 893, Simeon I (reign 893-927) assumed the throne, and the capital was moved from Pliska to Preslav.

After that, Pliska lost its administrative and political importance and returned to its former status as an agricultural center. The city was particularly devastated by a massive invasion in 1048-1049.

Today visitors can still visit the Eastern Gate, once the main entrance to the castle. The gate is now a protected site.

About 1.5 km from the Gate is the Great Basilica. Tourists can also walk through the Imperial Palace, as the Omurtag Palace is called, since that was its function when Bulgarian rulers occupied it during the first half of the 9th century. Also in the vicinity is the so-called “Small Palace.” Everywhere there are fragments of ornamental building blocks topped with cornices, along with baths aquaducts, and cisterns.

There is a museum located at the northeastern corner of the palace that displays artifacts discovered in the region, and in front of the museum there is a rest area that offers coffee, nonalcoholic drinks, and packaged snacks.

The Pliska Reserve is mainatained by the Shumen Regional Museum of History and is one of the country’s 100 most important tourist destinations.