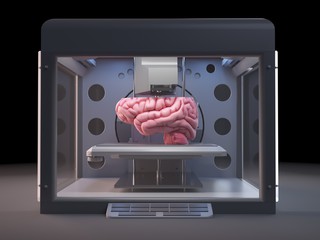 The Bulgarian Cabinet has approved increasing the country’s funding for the Bulgarian Fulbright Commission, the government information service said on February 27.

Following the beginning of educational exchange between the US and Bulgaria in 1967, the Bulgarian-American Commission for Educational Exchange (the Bulgarian Fulbright Commission) was officially inaugurated on February 9 1993 under a 10-year agreement between the two governments.

On December 3 2003, a new bilateral agreement was established between the governments establishing the Fulbright Commission in perpetuity.

The Commission consists of 10 members, five from the US and five Bulgarian citizens. They represent the major areas of state and public activity: government, education, the arts, and business.

The US ambassador and Bulgaria’s Education Minister serve as honorary presidents of the commission.

The two governments each allocate funds. The US Congress annual funding amounts to about $600 000. The Bulgarian government, since 2009, has granted about $140 000.

Between 1967 and 2018, a total of 1316 people have received scholarships. The government statement said that 594 Bulgarians and 722 Americans received Fulbright scholarships in different categories – scholars and lecturers, masters and PhD students, English language teaching assistants, young researchers, professionals and specialists in the state and non-governmental sectors.

The statement said that in the past three years, the commission had focused on recruiting leading Bulgarian scientists to participate in the programme, with growing interest in this both by the Bulgarian Education Ministry and the US State Department.

The increase in this contribution is intended to increase the impact and results of the program, namely increasing the number of scholarships or launching a new exchange programme for specialists with a specific profile.

The statement said given that there had been no increase in the Bulgarian contribution over the past 10 years, it is possible to increase the contribution to bring it closer to that made by the State Department.

The Bulgarian Ministry of Education and Science may start a gradual increase of 30 per cent for the next two to three years, after which negotiations will be resumed and a financial plan will be prepared from 2021 or 2022 onwards, the statement said.