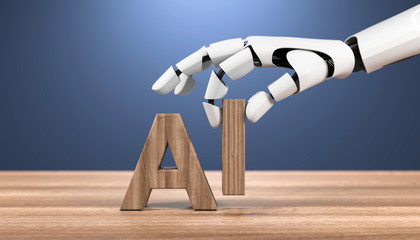 WIPO creates a narrative of number of patents and the term artificial intelligence (AI). Hot off the press, WIPO has chosen this field as the first topic in its new WIPO Technology Trends research series. I’m glad that WIPO decides putting in value its enormous data set.

China is mentioned about 300 times in a document of 158 pages. As a benchmark, my country is mentioned 7 times.

I believe that its analysis can be largely improved though.

It is self-evident that the findings would have been far more useful with a different set of questions when sweeping the data. That the computer vision field is the more important subset within AI research is good to know but anyone following the topic knows it; the same that Telco and Transport dominate as industries, a follower of the topic may not know the exact percentages, but would mention the two industries, that’s for sure.

That ‘machine learning’ is the leading topic of AI patents adds little, in my opinion. Everyone in the AI field could have told us the same. I think the enormous set of data isn’t exploited the best possible way, and much more could have been obtained by merely asking e.g. about bayesian inferences within the body of info that WIPO treasures. E.g. an online search ten seconds long using other methods tells us that in 2019, over 100 patents in China mentioned the bayesian inferences, with Chinese University UESTC in Chengdu leading the subfield; not difficult. It is an example of the motto of great Sir Humphrey Appleby, the important things are the questions, not the answers.

There are useful findings of course. The breakdown of patents of AI in China has the reverse ratio that in the West. While in China two-thirds come from Universities and research institutions it is of one-third in the western countries.

Overall, expect the report to make the rounds on media soon.

This is the initial file ai-2019-wipo.PDF

Thanks to Rafa From SME Europe