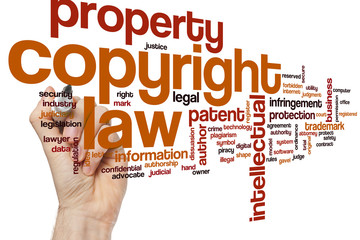 China’s achievements in the construction of an intellectual property system since its entry to the World Trade Organization show the country has become a big IP filer and is embarking on a journey toward becoming an IP powerhouse.

Shan Xiaoguang, president of Tongji University School of Law, made the remark in his recently published essay. He will host a forum on IP monetization in the context of economic globalization in a session of the 10th China Intellectual Property Annual Conference scheduled for early September in Hangzhou, Zhejiang province.

“The international economy is transitioning from being driven by resources, capital and technology to becoming IP-driven, as exemplified by the cases of the United States, the European Union and China,” Shan said.

According to an official report, IP-intensive industries contributed $5.06 trillion, or 34.8 percent, to the US GDP in 2010 and produced 40 million jobs, 27.7 percent of the country’s total.

From 2008 to 2010, IP-intensive industries in the EU generated 4.7 trillion euros ($5.22 trillion) in average annual output value, accounting for 39 percent of GDP in the region and creating about 76 million jobs directly and indirectly.

A report from the National Intellectual Property Administration found that by the beginning of 2018, the added value of China’s patent-intensive industries accounted for 12.4 percent of national GDP and was increasing year-by-year, Shan said.

Now the fourth industrial revolution is shaking up the world and countries and industries are increasingly interdependent, Shan said that it is more important than ever for China to optimize its IP system to stimulate innovation and technology diffusion.

Yang Jin, vice-president of Purplevine IP Operating, a Shenzhen-based company, said that for businesses, the most valuable asset is often intangible, and the value of intangible assets cannot be realized if they only appear in the company’s financial statements without any proper operation.”

The company, affiliated with Guangdong-headquartered electronics giant TCL, has performed remarkably among Chinese enterprises that have invested in IP protection in the global market.

“Established in 2018, it is our response to the increasingly complex and competitive IP environment,” Yang said.

Within a year, Purplevine has flexed its muscles in IP operation. For instance, it has valuated Shenzhen China Star Optoelectronics Technology’s 500 patents at more than 1.2 billion yuan. The valuation helped Star obtain patent-collateralized loans.

“We are developing solutions for companies to navigate the global mar. We identify patent risks in the main target markets and offer countermeasures,” Yang said.

“Together with many clients involved in international patent lawsuits, we strive for the best settlement results.

“Moreover, we have set up an industry patent operating platform for hundreds of members to conduct patent exchanges and transactions,” he added.